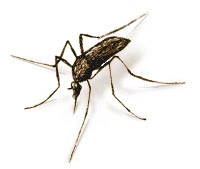 In my latest "In Good Faith" column for the Hingham Journal (which will also be appearing in the Patriot-Ledger starting this weekend) I tackle the ethical and moral dilemma of killing a mosquito while in the pulpit. Among other things.

IN GOOD FAITH
By the Rev. Tim Schenck

I grudgingly admit that mosquitoes are God’s creatures. I guess they fall into the “small” category of “All creatures great and small.” But let’s face it, God has done better work. From a scientific point of view, I suppose these flying leaches serve some purpose in the wider ecosystem. I can’t imagine what it is though. “Here, take my blood, make my skin itch like crazy, and then leave me with a potentially deadly virus. Thanks!”

About a month ago, I killed a mosquito while preaching a sermon on a Sunday morning. It was buzzing around my head and with cat-like reflexes I reached out and nabbed it between my thumb and forefinger. With my left hand I might add. Which led to several practical and ethical questions: what do you do with a squished mosquito between your fingers while preaching from the pulpit? Does killing one of God’s creatures while preaching the Word of God invalidate the sermon? Does it mean I’m failing to practice what I preach?

We all have pests in our lives. Some have wings and suck your blood while others are just annoying and passive aggressive. It’s not unchristian to admit that some people drive you nuts.  We all have crosses to bear – although let’s not confuse the redemptive power of the cross of Christ with a whiny cousin. The beauty of God’s creation is in its depth and breadth. An old Anglican prayer spoke of “all sorts and conditions of men.” In all the sorts and conditions of the people we meet in this life there are bound to be ones who annoy us and ones whom we in turn annoy.

How we treat the pests we encounter in this life says a lot about our character. Jesus tells us to love our enemies but he doesn’t say much about those who drive us crazy. It’s hard to love the neighbor who mows his lawn at 6:00 am on a Sunday morning or the lady who drives 48 miles per hour in the left lane on Route 3. We can try to swat them away or put the squeeze on them or set up a bug zapper (though that might not be so effective on your Uncle Bob). If we can’t love them we can at least hope to coexist with them. Because one thing to remember is that there will always be pests among us whether they come in mosquito form or human flesh. If you drive one away there are others itching to take his or her place.

While mosquitoes are annoying we don’t let them ruin our entire summer. We have coping mechanisms like bug spray and screen doors and letting our spouse take the kid to Marshfield for that travel league baseball game. In the same way, we can’t let human mosquitoes ruin our lives. Coping mechanisms include praying for those who annoy us, breathing deeply, and keeping things in perspective. At least they can’t give us the West Nile Virus.

When I served in the army the bug spray of choice was not Off! or some manly sounding mosquito killer like “Bug Death Rampage” or “Mosquito Massacre.” Rather, we used Skin So Soft from Avon. You haven’t lived until you’ve heard a large, sweaty, gruff Airborne Ranger non-commissioned officer asking you to share your Skin So Soft. I’m not sure what it was about this beauty product that kept the mosquitoes away but you’d be hard pressed to find a battle-tested unit without a few bottles of the stuff.

Now about that squished mosquito in the pulpit. I couldn’t continue preaching with a dead bug in my hand – I do have some standards. So I ended up letting its corpse float to the ground while muttering something about being glad that it wasn’t St. Francis Day.
Posted by Tim Schenck at 5:16 PM

I was leery at first, knowing you as a religious humorist, but really enjoyed. I'll pray more and continue my mosquito routine as usual.