Some people's travel plans revolve around good restaurants or minor league baseball stadiums or vineyards. I've come to the conclusion that mine revolves around coffee. As I sit at the center of my coffee drinking universe (Coffee Labs Roasters in Tarrytown, New York), I'm taking a moment to reflect on my quest for good coffee on our soon-to-be concluded trip to Ann Arbor, Michigan. Recognizing that rest stops and hotels aren't exactly known for their specialty coffee, the search for a decent cup of joe literally fuels my own personal triptych.

This particular trip to the midwest -- which will conclude tonight when we return home to Hingham -- began inauspiciously with a trip to Dunkin' Donuts. We were all set to leave first thing in the morning last weekend but a wrench was thrown into things when Ben's playoff game against Braintree had to be stopped after six innings and a 13-13 score on account of darkness. After a quick mug of Hingham's own Redeye Roasters early the next morning we had to pack up the car and head to Braintree for the extra inning continuation. Defeat was snatched from the jaws of victory after the boys scored seven runs in the top of the seventh inning only to lose 21-20. Bryna could only find a DD so she picked some up to go and away we went. 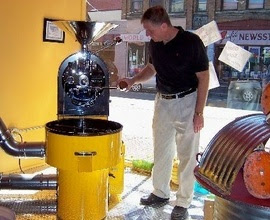 Upstate New York is generally a black hole for good coffee. We stayed the night in Binghamton and had to get out of there as quickly as possible before the caffeine headache kicked in. Fortunately it didn't take long to get to Corning where there are several independent coffee shops. We stumbled on the Market Street Coffee & Tea Co. which boasts a yellow roaster in the window. It wasn't in use on Sunday afternoon but the place smelled great and I'd go back in a minute if I ever found myself up that way again.

Next up was Cleveland. A stop at the Erie Island Coffee Co. was a perfect way to start a Monday morning. We never made it to the Rock 'n Roll Hall of Fame but at least the coffee was rockin'. This took us to our ultimate destination of Ann Arbor where we had a mini family reunion hosted by my step sister Christianne Myers who teaches costume design in the Theater Department at the University of Michigan (check out her website!).

I knew a college town would have some good coffee shops and I wasn't disappointed by the two I found: Great Lakes Chocolate & Coffee Co. and Sweetwaters Coffee & Tea. 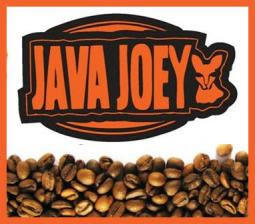 I still needed one more coffee shop to get me to Coffee Labs and, shockingly, found a terrific one in Dubois, Pennsylvania, called Java Joey. A goofy name, perhaps, but they roast their own beans and I even think there was a Bible study going on when I got there. I didn't join in but rather got my coffee to go which kept me going all the way to the Westchester Marriott where we pulled up at 1:00 am. 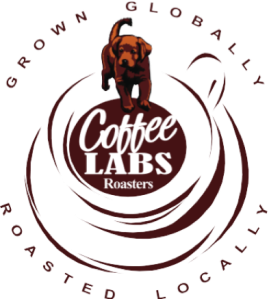 I'll just need one more cup of the good stuff to propel me back to New England. Thanks to my friends at Coffee Labs I think this may just work out nicely.
Posted by Tim Schenck at 8:11 AM

Tim,
Don't tell me you did not go to Zingerman's??? They have great coffee and everything else under the sun, local and imported. I used to enjoy my "office hours at Zingerman's" with the OASIS Ministry and St. Andrew's. I know it was a dog's age ago now, but I can't imagine Zingerman's is not doing a good business no matter what the economic sites.
-Ann

Fear not, Anne! We made it to Zingerman's -- not for coffee but for bagels. Oh, and they gave me a free sample of ginger honey. Yuck.