That's NOT in the Bible? Nope. 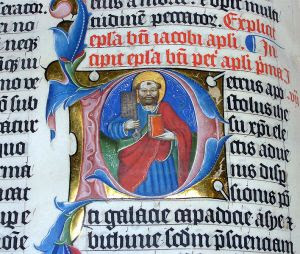 Recent surveys have shown Biblical illiteracy at an all-time high. And, no, Gallup wasn't just polling Episcopalians. What's most disturbing to me isn't that people have no idea who or what Moses did. It's the number of quotes they think are Biblical but actually are not.

To clear up any confusion, the staff here at Clergy Family Confidential has compiled a list of the most common non-Biblical clichés. If you can think of any others, by all means add them to the list. Together, in the name of God and country, we can root out these insidious Scriptural mis-quotes. And then everyone can live happily ever after and return to their previously scheduled programming.

"What doesn't kill you makes you stronger." Perhaps not. Although in extreme cases you may end up as a vegetable.

"God never gives us more than we can handle." Talk to Job. Or anyone else who has ever been overwhelmed by the circumstances of life. That's not to say that God isn't in the midst of it all but God isn't intentionally heaping weights upon our shoulders to help us identify our own breaking points.

"To thine own self be true." Just because it's written in Elizabethan English doesn't mean it's Scriptural. It is, however, a line from Shakespeare's Hamlet.

"Cleanliness is next to godliness." Slobs of the world rejoice! While the saying may have its roots in an ancient, non-Biblical Hebrew proverb, the earliest example in English comes from Francis Bacon in 1605. 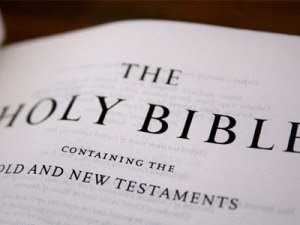 "Do unto others as you would have them do unto you." Psych! The Golden Rule actually does come from the Bible if not in this precise wording. See Matthew 7:12. In fact, this call to ethical reciprocity pre-dates the Bible and can be found in nearly every world religion.

"Money is the root of all evil." There's a similar saying in 1 Timothy: "For the love of money is a root of all kinds of evil." But that's completely different -- money itself is not evil! Remember that distinction come stewardship season.

So there you have it. A little Biblical literacy to get your blood flowing. And if you didn't like anything about this blog post? "This too shall pass" (again, not Biblical).
Posted by Tim Schenck at 5:38 AM

Thanks for setting us straight!

You forgot my favorite "Bible" quote: When God closes a door, he opens a window.

Oooh. That's a good one, Scott. Maybe I can work "defenestration" into my next sermon.

Actually, U2 sang, "she moves in mysterious ways".. http://en.wikipedia.org/wiki/Mysterious_Ways_(song)

Here's hoping that misquoting U2 doesn't invoke the criticism misquoting God does! ;)