All Hallow's to All Saints' 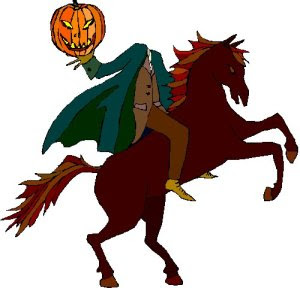 I was talking to a fifth grader in my neighborhood yesterday who was dressed up as a "Mardi Gras girl." It was a great costume -- wig, fancy mask, etc. If I saw her walking down Bourbon Street I wouldn't have batted an eye.

Just out of curiosity I asked her if she knew what Mardi Gras meant? She didn't, so I took a quick moment to give her the background. When I mentioned the Church's season of Lent she lit up and said "I've heard of that!" I didn't get into the concept of penitence and Jesus' wandering in the wilderness for 40 days and 40 nights but putting Mardi Gras into the context of the season before Easter resonated at least a little bit.

Every Halloween I start thinking about how much this "Christian nation" has lost the religious roots of its own holidays. For a country that prides itself on the percentage of people who believe in God, we're awfully forgetful sometimes. That's not to say only observant, liturgical Christians should celebrate on All Hallow's Eve. That would put a damper on the whole affair. But it would be nice if more people paid attention to the "why's" of such holidays. As with much of life, without context there's little meaning in anything we do.

In the case of Halloween, it exists only because it’s the night before the great Feast of All Saints’, the day Christians throughout the world remember the saints who have come before us in the faith. And this fact gets lost amid the Halloween displays at those temporary costume shops that pop up faster than Starbucks franchises.

In isolation, Halloween has no meaning – besides free candy and cute kids in ghoulish garb. Which is a fine thing in itself. And it’s all in good fun, unless your house gets egged.

But beyond the Twizzlers and Snickers Bars and zombie costumes, it’s a pretty empty experience unless it’s connected to something deeper. In other words, it’s all about context. We dress up in costumes to mock death; that’s the history of this practice. And it comes out of the bedrock belief of the Christian faith – that through his death on the cross Jesus has destroyed death. Death no longer has dominion over us, which means we can mock death because it has no power over us. That’s the essence of All Hallow's Eve.

Happy Halloween, everyone! Now go buy another roll of dental floss.
Posted by Tim Schenck at 8:01 AM

Email ThisBlogThis!Share to TwitterShare to FacebookShare to Pinterest
Labels: Halloween

Love your writing. would love to add just a little insight to Halloween.
In pre-Christian Ireland, this time of year was the New Year and it was thought that the spirit world and our world were especially close at this time. Faces were carved in turnips and people wore masks or facial disguises to confuse the spirits. To help make this pagan holiday more "christian", this feast was replaced by one or two honoring the dead. (Saints and Souls) This is facutal.
If in doubt, think: what bit of sense does it make to wear a costume before All Saints Day? Noneunless you know the history.
And so, Happy New Year to All!