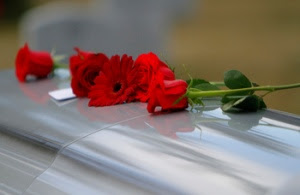 Here at St. John's in Hingham, we've been awash in funerals the last couple of months -- ten since the week after Easter. Officiating at funerals is actually one of the things I love most about being a priest. They're emotionally draining but there are few situations where you can so profoundly touch a family and preach Resurrection than in the midst of grief.

Occasionally the mixture of grief, guilt, and family tension coalesces into bizarre scenarios. A few years ago I was accused by a family member during the funeral planning process of "making it all about you." This was because I insisted on using the burial rite from the Book of Common Prayer (well, duh, we are an Episcopal Church) and not allowing a John Denver song to be played in the middle of the liturgy. If this made it "all about me" then so be it.

While we do have a fairly comprehensive list of funeral guidelines, expectations, and explanations on our web page, I thought I'd offer a few of my own based on many years of doing funerals. If you're the webmaster for your parish website, I suggest you replace your own guidelines with these. Just don't tell the rector.

1. Eulogies will be no more than five minutes in duration. If someone goes over the allotted time, the verger (after a single warning) will drag the eulogizer away from the lectern and shove him/her down the chancel steps. Don't worry, our ushers are trained to help people up and escort them to the parking lot. Also, kindly save stories of drunken carousing for the reception.

2. Unless the funeral is for Billy Graham himself, "How Great Thou Art" will not be sung. 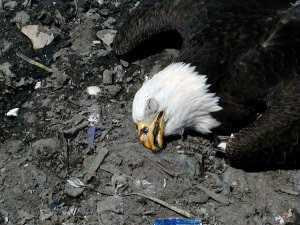 3. Unless the funeral is for an actual eagle, "Eagles Wings" will not be sung.

4. No, I don't happen to have the name and contact information for the local bag piper.

5. Psalm 23 is to funerals what 1 Corinthians 13 is to weddings: beautiful but overdone.

6. Note to Roman Catholics: Please don't stop saying the Lord's Prayer mid-stream by omitting the doxology at the end. Oh, and it's okay to pick up a hymnal and at least pretend to sing. Remember, when in Rome...

7. "Amazing Grace."Really? You couldn't think of anything more original? Like John Denver or something?

8. If your cell phone goes off during the commendation with the marimba ring tone, know that you're off the family's Christmas Card list for the rest of eternity. 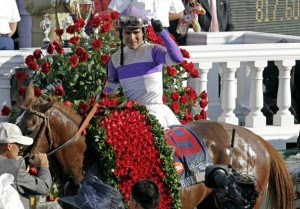 9. You know that giant flower display that resembles what they award the horse that wins the Kentucky Derby? It's not going in front of the altar. Or anywhere in the worship space.

10. Similarly, while you might enjoy having a giant photograph of the deceased in your living  room, it's not going in front of the lectern. We like people to be able to see the readers rather than have voices emanate from behind a picture of Aunt Edna.

12. No, we won't be using purple hangings because "it was dad's favorite color."

14. Yes, I realize the former rector baptized, confirmed, and married you but he won't be doing the funeral just because he was the priest when you last attended church. 18 years ago. 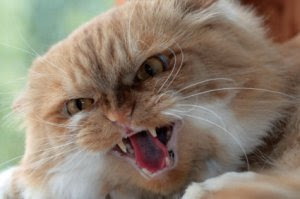 15. Please don't ask if Fifi the cat's ashes can be co-mingled with your husband's before being interred in the Memorial Garden.

16. If your sister is prone to deep wailing at the drop of a hat, please don't ask her to read the lesson from Romans 8.

17. Just because your grandfather liked to go to Cancun every winter, the organist won't be playing the Mexican Hat Dance as the postlude.

19. If you want to bury some of your uncle's ashes at the church but take the rest and scatter some at every minor league baseball stadium in the midwest, please don't share this with the clergy.

20. It's okay to list the church as the recipient of memorial donations. The humane society has plenty. As does the historical society.

So there you go. If I haven't offended you in some way I probably haven't done my job. But then I'm off to write another funeral homily.
Posted by Tim Schenck at 10:59 AM

At our next chapter meeting, will make a motion to adopt your guidelines for Triniity Cathedral, Omaha. :-)

Did you forget about "The Bells of St. Mary"?

#2 and #3. Really. My years in music ministry singing this drek at funerals has had a lasting impact. I've un-friended people who <3 "On Eagles Wings."

As organist at St. John's, It amazes me at the number of "remembrances" given at funerals. It's bad enough when one person stands before the congregation and fancies themselves at "Tony and Marie's Comedy Wedding" and begins with all of the jokes and horrible tales about the deceased, using sordid tales and off-colour limericks, but then one or two others have to give their opinions and interpretations. At St. John's we have recently had several deceased in the 93 - 103 year old range. One of the "mourners" invariably ascends the steps to the lectern and begins, "When Uncle Elmer was three years old, he had his first encounter with golf," and then proceeds to go through the decades relating golfing and fishing highlights of the deceased, as well as retelling experiences at family holidays, preference of favorite foods, and exposes various indiscretions. Then there are the funerals wherein one of the weeping grand daughters wails through a poem she had written for her beloved Nanna, while one or two young gentlemen prop her up in support.
A priest once told me that when people eulogize, the length of their diatribe depends on the guilt they feel concerning how they dealt with the deceased while she/she had been alive. Lot's of guilty people out there. Then, after all of these often non-Christian sentiments and Resurrection denying words are expressed, the rector has to bring back everyone to the reality of Christian belief and glory in the Risen Christ. I usually bring some theological or liturgical book, sit low in the organ pit, and try not to listen, only to be interrupted by the chuckles and outright laughter of the congregaton as the remembrances continue. I honestly don't know how Father can sit there quietly without huffing and puffing. Almighty Father, please make Father Tim a bishop, so with his crozier, he can pull them off the platform!

Absolutely brilliant, and it transfers very nicely here in the UK. I wonder if my husband will dare to put it on our parish website!

Yes, more details on the rose ceremony, please. Is this something like the candle ceremony at weddings, in which the 2 people getting married light a mutual flame from two candles and then _blow out their individual candles_? Creepy!

Or is it simply that the ushers wear a flower whch each then places on the casket at the end of the burial? If so, that has been done forever and strikes me as pretty harmless.

I would add one provision. The undertaker shall not place the priest so close to the grave that he runs the risk of falling into the hole (as happened to me not once, but twice.

Okay, the "rose ceremony" is the "liturgy" of the funeral director. After the committal service, the guy from the funeral home hands roses to everybody who then place them on the casket before walking away. I get that it's a ritualized way to say a final good bye but as a liturgical act it feels forced.

In The Batchelor the guy hands out roses in each round to the remaining women vying for his attention/hand in marriage. No rose = you go home/get banned to the outer darkness. Talk about contrived...

How about banning "Blessed Assurance?"

The bachelor rose ceremony is akin to musical chairs. "Blessed Assurance" isn't in the Hymnal, but we sang it every week at the nursing home service. I do like these guidelines although my father wanted a piper and got one. We have two dogs that I know of
in our columbarium.