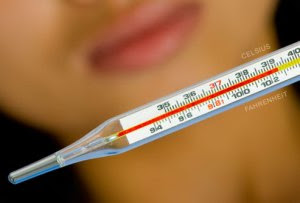 I had an enjoyable time in Indianapolis the last couple of days being AT General Convention rather being OF General Convention. In less than 48 hours I did the Lent Madness thing, went to two Eucharists (heard Bishop Michael Curry Preach), caught up with a bunch of seminary friends, met all sorts of online acquaintances for the first time, and drank coffee. I also sneered at the natives as I walked around in 107 degree weather since I've never forgiven the city for stealing my football team back in 1984.

But the main reason for my cameo was to promote Lent Madness Day with Scott Gunn and the folks at Forward Movement. It really was a lot of fun meeting people from all over the country who are seriously passionate about Lent Madness. I knew it was popular and touched the lives of a lot of people but WOW. I've always considered leaving parish ministry to become a rock star and start touring with the band I don't have and the instrument I don't play. Now I don't have to since the Episco-groupies were all over me: I had people taking pictures with me and asking me for autographs.

Of course I was back in Hingham for Sunday morning where the gospel was "A prophet is not without honor except in his own hometown." In other words, back to reality. I was lucky to get a simple handshake after the service.

Celebrity Blogger Heidi Shott, Canon for Communications and Social Justice in the Diocese of Maine, did a video interview with us (and 2012 Golden Halo winner Mary Magdalene). What can I say? Heidi rocks.

Of course, not to be outdone, Scott and I went on a tour of General Convention seeking evidence of Lent Madness fever running rampant. This is hard-hitting journalism at its finest.

So it was mission accomplished on the Lent Madness front. It was fun to announce the 2013 bracket and I'm delighted that this little online devotion that I started on a whim has taken off.

Prayers for all who remain in Indianapolis to conduct the business of General Convention. I had the fun part -- you all have the mind-numbing part. Presumably your reward will be in heaven.
Posted by Tim Schenck at 6:20 AM

So great to meet you live and in person. Laura

One of the highlights for me, Laura!

Better you than me in that heat! And so nice to see a picture of you and your archnemesis glaring at each other over Mary's head. Maybe you lot should share a bracket in Lent Madness, seeing as you can only just manage to share space!