Sitting in summer vacation traffic has me reflecting on bumper stickers. Specifically Christian-themed bumper stickers. I've always wondered what general impression of Christianity is offered by these four and five letter pronouncements to the non-churchgoer.

Most of them are vaguely self-righteous like "Keep Christ in Christmas." I don't disagree with the sentiment. In fact, I've essentially dedicated my life to it. But the underlying theme is "You're doing this all wrong; I know best; and anything you do is not enough." Which is not exactly the most endearing, welcoming message during the "Most wonderful time of the year." And anyway, I've always thought about making a sticker that proclaims "Keep Mass in Christmas" just to see if anyone notices.

Bumper stickers are really about self-identity. They're a way of telling the world that you're smart ("I went to an Ivy League school!") or your kids are smart ("She's on the honor roll!)" or you have certain political leanings ("Obama!", "Mitt!", or if you never got around to scraping it off, "Dukakis!") or that your identity is wrapped up in your favorite sports team ("Go Orioles!").

Religious bumper stickers are no different in that sense. We all crave an identity and stickers are a way of driving an identifying stake into the ground. So when you see stickers like "Christians Aren't Perfect, Just Forgiven," it's a way of claiming that tenet for the individual's own life. Again, it can also be read as saying, "You're neither perfect, nor forgiven."

Then there's the fish symbol. I remember being in high school and being mortified when my mother put one on her gray 1985 Honda Accord. I thought it was some sort of Jesus freak thing that only hand-waving evangelicals put on their cars (she thankfully didn't fit into this category). It wasn't until years later that I learned the true story of this ancient symbol of Christianity.

Back during the early days of the church when the persecution of Christians was running rampant, they needed secret code to identify one another. The fish had a double meaning: it evoked Jesus (the call to the disciples to drop their nets and follow Jesus; the miracle of the Feeding of the 5,000 with five loaves and two fish; the post-Resurrection appearance when he eats a broiled fish on the beach) and it was also an acronym. The Greek word for fish, Icthus, was also an acronym for Jesus Christ, Son of God, Savior. This symbol was often found on the old catacombs in ancient Rome. 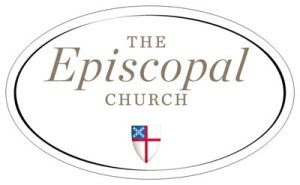 For the record, I’ve never put an Episcopal Church sticker on my car (let alone a fish) not because I’m embarrassed to be an Episcopalian but because with the way I drive I don’t want my cutting someone off in traffic to be someone's lone impression of our denomination. I did learn to drive in Brooklyn, after all.
Posted by Tim Schenck at 6:01 AM

It seems that putting a fish sticker on a Honda Accord is redundant, since the Bible says that is the car the apostles drove. ("And the apostles were all in one Accord.")

Ah, yes. And they didn't need to stop for coffee since God provided it: "He-brews."

"I did learn to drive in Brooklyn"--my husband (Kings Highway, Ave O and E 19th St) used to say he never cut Iowa drivers off, there was no sport in it. thanks for the post.

I have a "Jerks for Jesus" bumper sticker that I haven't put on my car, since it isn't part of my self-identity...

My favorite was a Church sign a few blocks from my apartment that read: "Without Chris, all you would have is mas". I didn't have the heart to tell them what the "mas" in Christmas was . . .

Hmmm. That would mean without Dan, all you would have is Rama. Or something like that.

I hate bumper stickers in general, but particularly religious bumper stickers. Probably everyone but me is too young to remember the days in the south when you could see trucks with a bumper sticker on them reading "Kill a Commie for Christ." Of course you were supposed to fill in the next two "Ks" in your own mind, so you'd know that the driver supported democracy, Jesus and murder (KKK).

For what it's worth, in the state of Maryland (Dioceses of Easton and Maryland) we have the option of an Episcopal Church license plate. No bumper stickers necessary!