Prayer Fatigue and the Search for Hope

Some weeks it's tough to keep up spiritually and emotionally with all that swirls around us. In the last couple of days we've seen images of devastation coming out of Oklahoma. We continue to be pummeled with disheartening world news and violence in our communities, even as many of us are still trying to process the Boston Marathon bombings, the explosion at a fertilizer factory in West, Texas, and the collapse of a clothing factory in Bangladesh.

Yet it's hard not to feel overwhelmed to the point of "prayer fatigue." We're  bombarded on all sides by tragic news, horrific images, and interviews with the bereaved, all of which contribute to an overall feeling of helplessness. As many of us are discovering, there's only so much capacity the human brain has to respond to grief, sadness, and traumatic events. We could become hermits and spend all our days in prayer and, still, it wouldn't be enough. We'd just be scratching the surface of the world's needs. As we seemingly face crisis after crisis it's easy to feel that prayer doesn't matter or that it doesn't change anything. 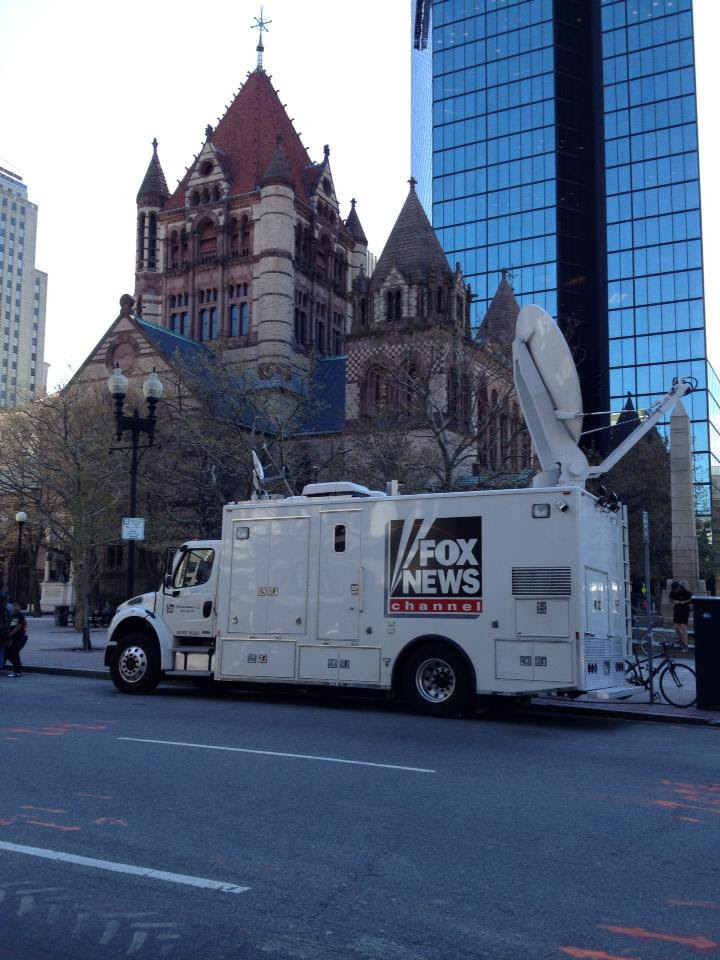 The 24-hour news cycle doesn't help as images of natural disaster, war, and abject poverty assault our senses and our sensibilities. Nor does social media which, in the face of tragedy, serves as an echo chamber. That's not to say we should all go off the grid when tragedy strikes -- there's tremendous value in connecting with others, offering prayers and resources, and even raising money as a way to "do something." Rapid response online donations in the wake of tragedy (at least the ones that warrant media coverage) are becoming part of the national grieving process and perhaps even a secular form of prayer. But it still never feels like enough -- there's always the next tragedy, the next disaster, the next shooting.

The good news is that the world's peace and harmony doesn't depend exclusively upon us. That's God's realm, not ours. Once we realize this, it takes the pressure off of us to get the words right or say the proper number of prayers to "fix" everything. We don't even need words -- they're usually inadequate anyway. We can weep with those who weep and mourn with those who mourn while leaving the big picture to the God who cares for us as a mother cares for her children. This doesn't mean that tragedy won't continue to pervade our lives -- it's part of the human condition -- but we're not in this alone. Jesus, who knew something about tragedy, is with us at every step of the journey.

And so, even in the midst of despair, we're left with hope. As Christians, hope is the bedrock upon which we build the foundations of our lives even as things seemingly crumble around us. Where is God in all of this? Under the rubble; crying out with the disaffected and impoverished; in the tears of those who weep and mourn.

This weekend we mark Trinity Sunday and revel in the fullness of God even as we pray for hope and healing and reconciliation. There is, perhaps, no better time to do just that.
Posted by Tim Schenck at 11:57 AM

You are a blessing. You know what others are going through as we do hate to admit feeling numb and powerless in the midst of being bombarded with one tragedy after another. The evil of sick human beings and then the randomness of nature on top of sickness and death and poverty.....and we do almost lose our grip and forget the source that can and will always sustain us: Almighty God who gave His Beloved to sustain us when the well runs low. Thank you

Thank you, Father Tim. You don't know how much I needed to hear these words today. Peace.

Thank you for saying so well how we feel & always reminding us God is w/us.

Thanks your Father Tim, Your words are so comforting. I know God is with us always, but sometimes we have to be reminded, He feels are pain as much as we do. His Peace