Why I Write in Coffee Shops 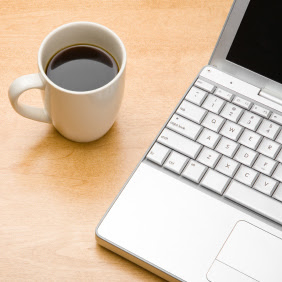 Anyone who knows me can attest that I spend a good amount of my time in coffee shops. It's where I write all my sermons, articles, and blog posts. In fact, I've gotten to the point where it's really the only place I can write.

This started innocently enough when we lived in New York. I couldn't write at the house when Bryna was home with two toddlers running amok and the office had its own share of distractions including nursery school classrooms across the hall. So I began searching for places to write that were conducive to the creative process. I found libraries too quiet and, with young kids at home, a shot of caffeine was always welcome. The ubiquitous New York diners weren't bad except for the coffee and they aren't exactly known as havens for writers -- I wasn't going to encounter the next Hemingway at the Pleasantville Diner. 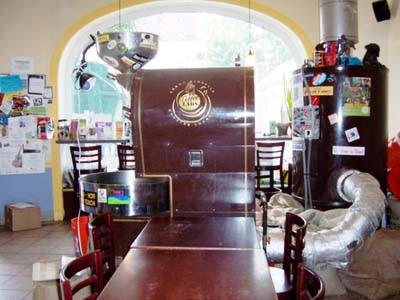 That's when I stumbled on the newly opened Coffee Labs Roasters in Tarrytown. Not only did they roast all their coffee on site, they were dog-friendly so I started my weekly ritual -- Thursday morning sermon writing with Delilah in tow. Over time I became friends with the owners Mike and Alicia and before I knew it there was a whole artistic community forming around good coffee, good conversation, and an environment that kept both the coffee and the creative juices flowing.

There was Julie Anello, a talented oil painter, who showed up most days with a sketch pad to "practice her chops." She'd unobtrusively sit in a corner by the roaster and draw people before unceremoniously handing them the sketch on her way out. I have countless pencil drawings of both me and Delilah, several of which we keep framed in our house. And Barbara Fischer, a gifted poet who writes under the name B.K. Fischer, has flourished in the years since I left New York. She was always scrambling to write while her children were in those two hour nursery school programs where the time quickly evaporates.

But it wasn't until I took a two and a half month sabbatical that I realized I could no longer write without good coffee and the creative environment of a coffee shop. People would ask, "Where are you going on your sabbatical?" And I'd say, um, with two young kids at home where would I possibly go and who would tell Bryna? The reality is I spent my sabbatical at Coffee Labs where I finished my first book, What Size Are God's Shoes: Kids, Chaos, and the Spiritual Life. I'd wake up, help get the kids out the door and head down to Tarrytown to write, drink coffee, enjoy the company of fellow artists and writers, drink more coffee, write some more and then head home. I always referred to this as my sabbatical on training wheels, knowing that one day I'd take a real one (still waiting but hopeful). 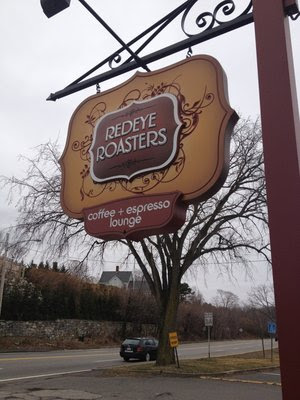 I've been reflecting on why I find the coffee shop so conducive to creativity ever since I read a book by Susan Cain called Quiet: The Power of Introverts in a World that Can't Stop Talking. Bryna saw it in the library and thought I'd be able to relate (for some reason). She wrote most of the book in a neighborhood cafe after trying unsuccessfully to work from home. She spent time carefully clearing out a writing space, moving filing cabinets, and setting up the ideal home office. The problem was that she "felt too cut off from the world to type a single key-stroke there."

The cafe worked as my office because it had specific attributes that are absent from many modern schools and workplaces. It was social, yet its casual, come-and-go-as-you-please nature left me free from unwelcome entanglements and able to 'deliberately practice' my writing. I could toggle back and forth between observer and social actor as much as I wanted.


In other words, many of us need the dual stimulation of being "alone" in a social setting. I like this environment because I can take a break, chat with people on my own terms, and then go back to work. In recognition of this, there's a new website/app called Coffitivity that allows you to listen to "coffee shop" ambient background noise to spur creativity. Granted this approach has its limitations as it doesn't come with freshly roasted coffee, but as they say on the website:


Research shows it's pretty hard to be creative in a quiet space. And a loud workplace can be frustrating and distracting. But the mix of calm and commotion in an environment like a coffee house is proven to be just what you need to get those creative juices flowing. 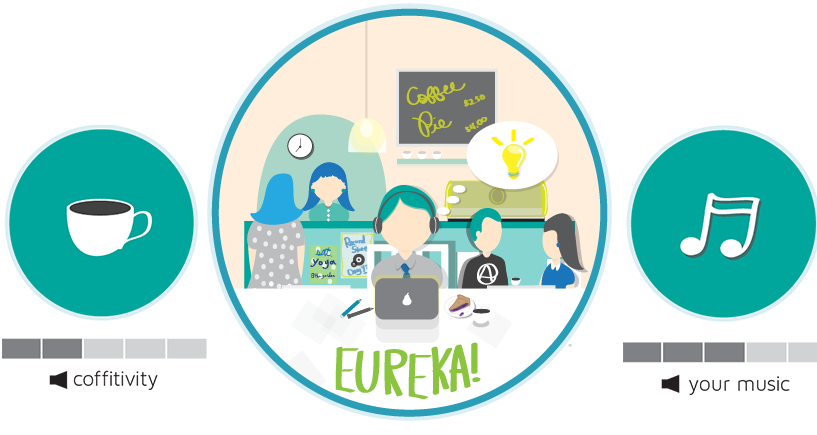 I now do my writing at Redeye Roasters in Hingham which I half-jokingly refer to as my "satellite office." It's an artisinal coffee shop that, thanks be to God, opened about a year and a half ago. They've been terrific about letting me work there and I've done my part to draw customers by writing articles about it and talking it up around the community. It truly is the best coffee shop on the entire South Shore of Boston. The owner, Bob Weeks, graciously donates coffee to St. John's and I'm very grateful for this. As I like to say about the church, "It's God's house not Maxwell's House" -- there's no reason churches should be havens for lousy coffee served in styrofoam cups.

Of course I'm sitting at Redeye right now on my day off drinking a nice cup of coffee from the Finca el Mirador region of Colombia. There's plenty of genuine ambient coffee shop noise to fuel this blog post and, of course, I'll be back later this week to start Sunday's sermon.
Posted by Tim Schenck at 5:46 AM

Love your articles. They always make me smile.

You didn't comment on their good sandwiches. Their place is special - for coffee, food, and seeing you.

Aw, shucks. And that reminds me, I'm getting hungry!

No more styro-cups and lousy coffee! Thoroughly enjoy your articles.

Thanks, Walda. Good coffee in styrofoam cups is an oxymoron to boot.

Nashville has lots of the very best coffee shops. My favorite (and now the Curate's, too) was once ROAST inc, now EIGHTH ROAST since they moved to 8th Avenue S. I prefer FRENCH OCCUPATION, a seasonal blend and the Curate is gaga over EL SALVADOR (finca san blas/100% Bourbon). I just do half & half and grind 'em up and have fun, fun, fun ! I eagerly await your columns to brighten my days and keep the "woogies" away.

I can totally relate. While I'm not a writer, I am a scrapbooker and my family can't understand why I can't scrapbook in my own scrapbook room in the house, I have to go to a crop where I see other scrapbookers and can brainstorm with them.