9 Perks of my team not making the NFL Playoffs 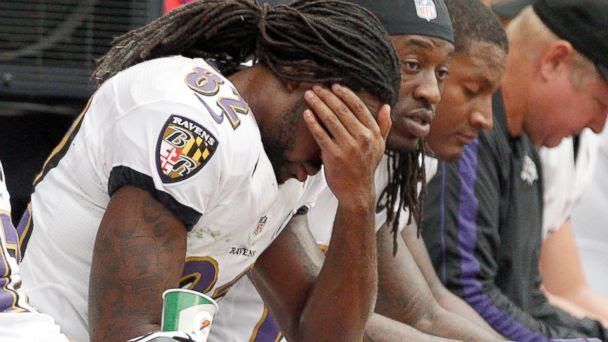 A year after winning the Super Bowl and a run of five straight years making the playoffs, my beloved Baltimore Ravens are done. An ugly loss to the Bengals has sealed their fate and sent them packing. I've already pulled out my Orioles hat and sweatshirt (and socks, mugs, etc) and have figured out how many days until pitchers and catchers report for spring training (43).

It's amazing how much some of us care about our sports teams -- we're passionate, loyal, and (healthy or not) find in them a piece of our individual identities. The highs are higher and the lows are lower when you care deeply. Thus, I'm not ashamed to admit, I'm rather depressed. Oh, I'll get over it soon enough. I know intellectually at least that it's only a game. But it still stings.

While no one has ever accused me of being a raging optimist, I have found the silver lining to the Ravens being shut out of the playoffs. Not having to endure emotionally draining games leading up to the Super Bowl means that...

9. I no longer need to work on my Sunday afternoon ulcer the way southern Californians work on their tans.

7. I'll once again be able to eat during games without fear of throwing up nachos when the offensive line gives up another sack.

5. I can get back to wearing wear purple only during Lent and Advent.

4. I won't need to go on blood pressure medicine as a direct result of yelling at the refs about the chintzy pass interference calls that are ruining the NFL.

3. When the lights go out at the Super Bowl I won't entertain a JFK-like conspiracy theory.

2. Fewer football references and analogies in my sermons will make the pacifists and non-sports fans in my congregation happier.1. Less cursing on the Lord's Day.

Love it! Love it!! I'm sad about the Ravens, too! I can't seem to find a winning team!! Hugs from Virginia...

Sent from my iPad

Soon you can Lent the Madness begin!

sorry for the loss. It is a bitter pill after last year. Next year will be better.

Doesn't your archnemesis live in Cincinnati? Conspiracy or coincidence?