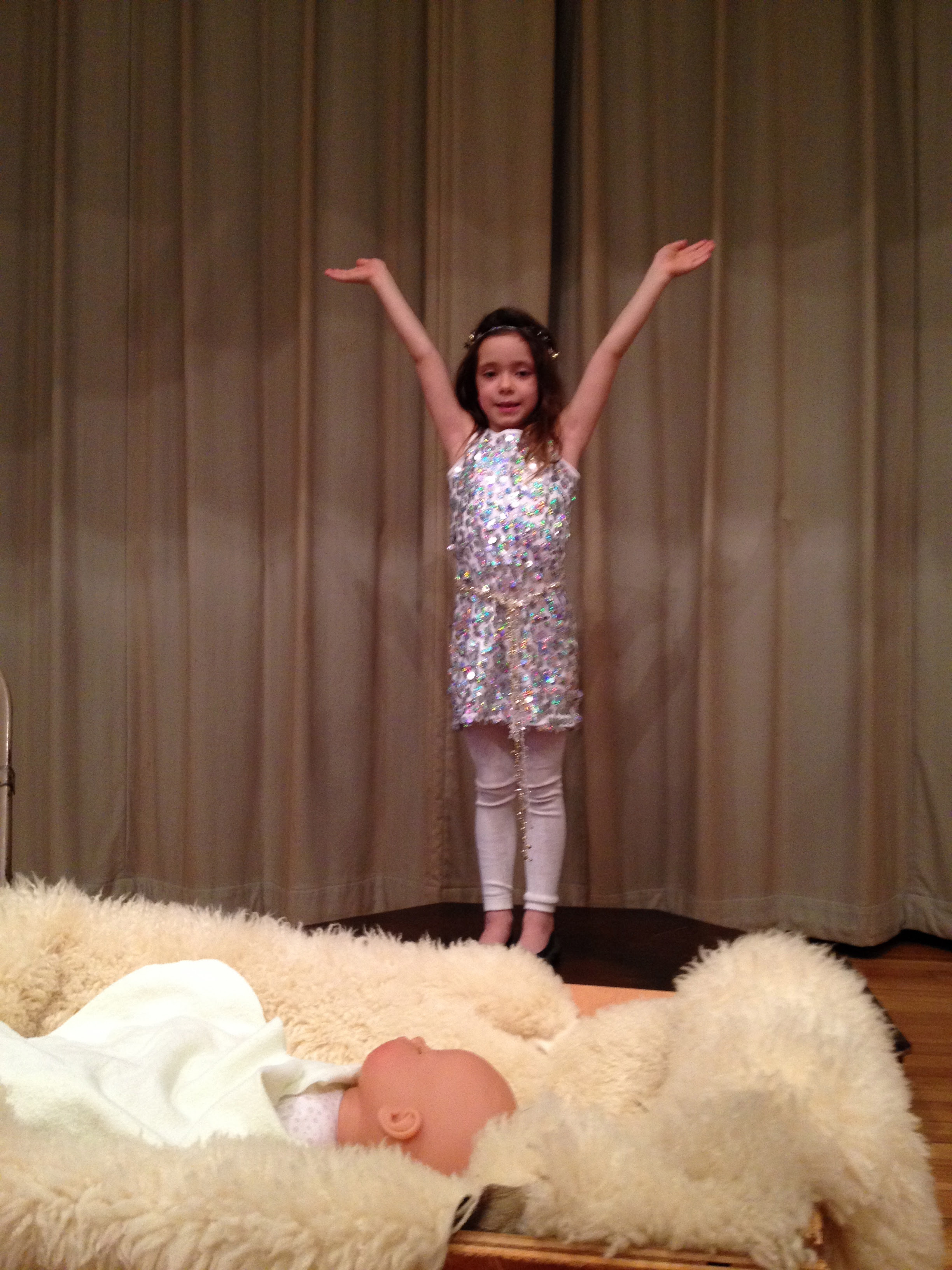 Inspired by an angel at our recent "Little Kids" Pageant following church on the Fourth Sunday of Advent, I wrote a new Christmas story. Among the twenty or so angels, one stood out. They were all adorable, of course, and we only had one "fallen angel" this year -- she fell off the stage. But one angel refused to wear the requisite white cotta and showed up in a shimmery dress. It was awesome!

So after tinkering with sermons and liturgical details all afternoon it just sort of poured forth. Everyone has different ways of dealing with pre-Christmas energy -- some eat sugar cookies or drink egg nog. I blog. It's a horrible piece of "literature" but it was fun to write. Enjoy.

Six-year-old Angelina loved to play dress up. She didn't care for costumes like tutus or princess gowns. Angelina was all about the bling. Tiara? Of course. Giant shiny costume jewelry? Naturally. Silver sequins? The best.

When she realized she was finally old enough to play an angel in her church's Christmas pageant, she 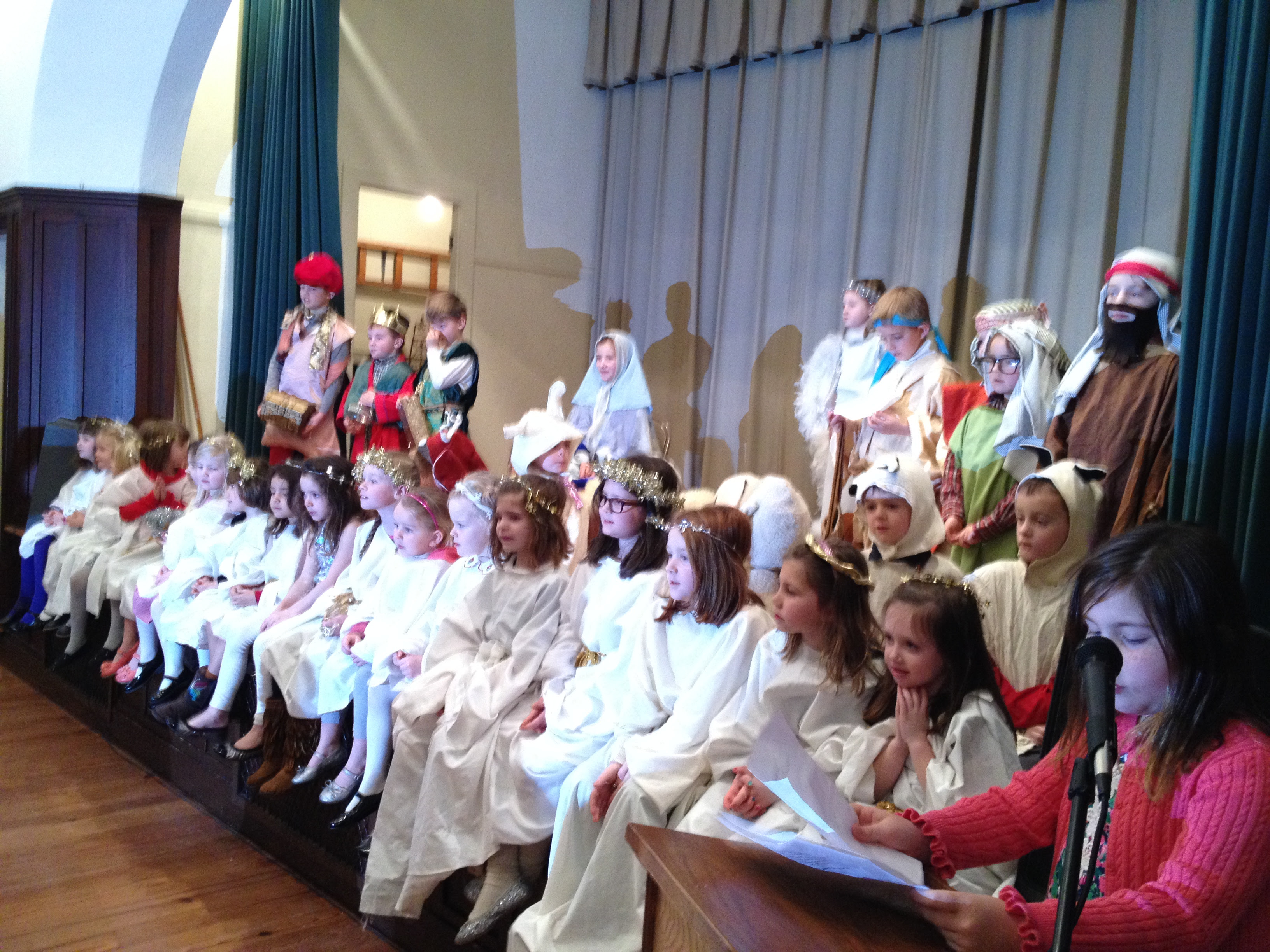 could barely contain her excitement. Throughout the first few weeks of December, she spent every evening rummaging through her mom's jewelry box to find the perfect combination of Christmas bling. While her mother didn't own a blingy halo, she was confident this could easily be created.

At the first rehearsal, the pageant director handed out white robes and halos made out of tin foil. "No thanks," said Angelina. "I have my own." This earned a confused look but Mrs. Dingo figured the little girl's older sister must have been an angel in a previous pageant. "That mother probably never returned the robe," she thought. "One did go missing two years ago."

That night Angelina, stayed up past her bedtime to put the finishing touches on her costume. She would be the most beautiful and blingiest angel ever to wear wings. Even if no one would really even notice baby Jesus -- played by her pest of a baby brother -- people who walked in darkness would see a great light.

On Christmas Eve, Angelina spent an hour locked in the bathroom getting ready for the big day. When she arrived, she was resplendent in blinged-out bliss. Her dress shimmered, her halo sparkled, her wings shined. She was the blingiest angel in pageant history.

Her grand entrance didn't quite go as planned. Mrs. Dingo took one look, pointed her bony finger, and cried, "Out! Out! There was no bling at the manger!" Crestfallen, Angelina left the church and sat sulking and freezing on a stone bench in the church courtyard. She watched as all the C and Eers poured into the small stone church. She felt like Mary and Joseph as they were turned away by the inn keeper, left on the outside looking in. 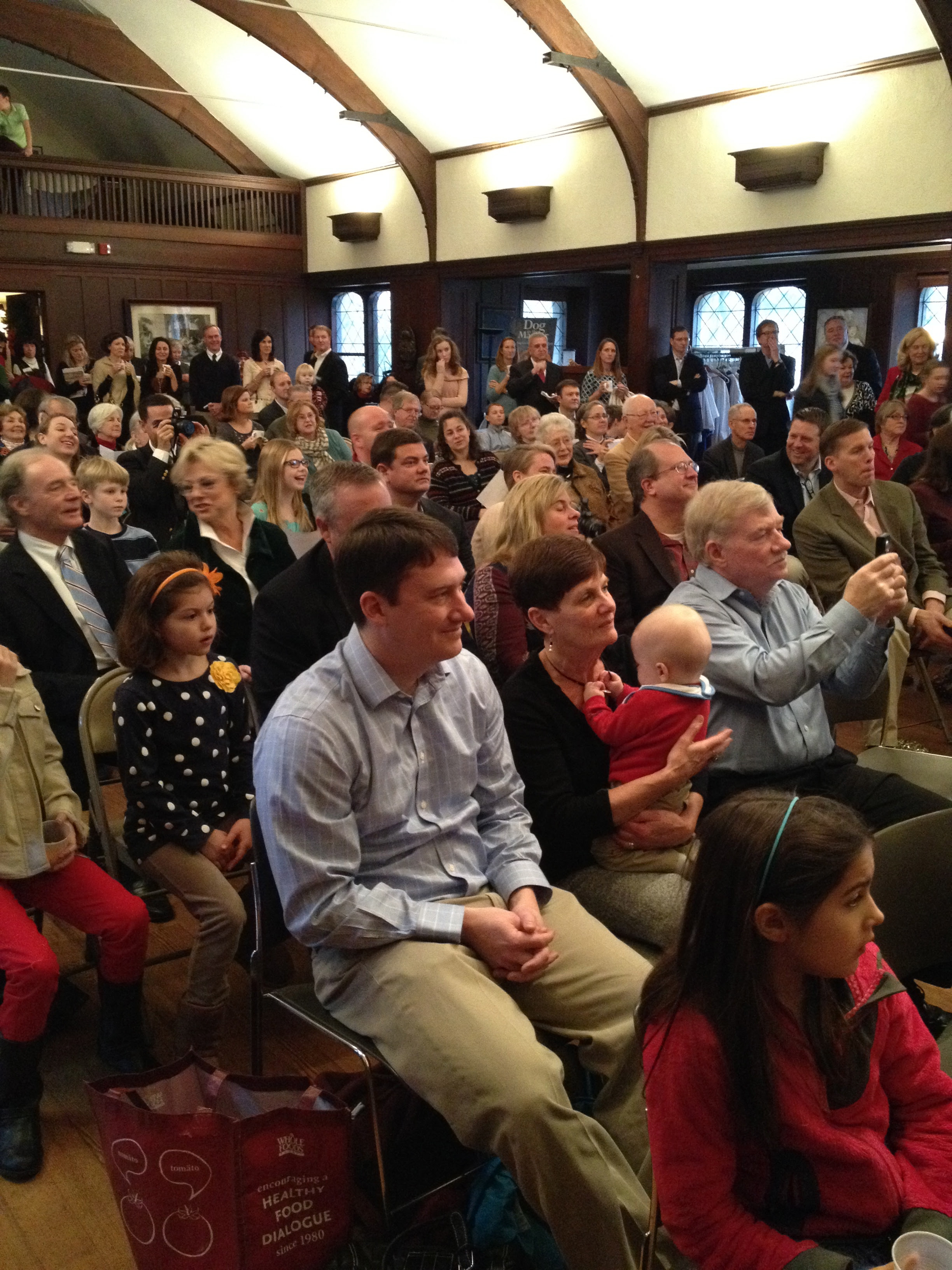 But suddenly, just as the procession was about to begin, the cast members, the acolytes, and the clergy were suddenly blinded by a great light. From the courtyard a figure appeared transfigured as a large star rose in the east. Light danced off Angelina's dress and halo and wings like a vision. Everyone beckoned to her to join the festivities and she slowly walked back toward the front doors of the church.

Angelina's smile was almost as bright as her bling. Her angelic presence made the pageant come alive. Everyone was thrilled, except for Mrs. Dingo who quit on the spot after serving as pageant director for the last 63 years. The C and Eers were so thrilled they all joined the Altar Guild and starting attending church every week.

In time, Angelina grew up and was called by God to ordained ministry. She is now the blingiest priest in the diocese -- literally  outshining all the other clergy and even her bishop. Sure, parishioners now must wear sunglasses to church. But through Angelina the light of Christ shines more brightly than ever before.