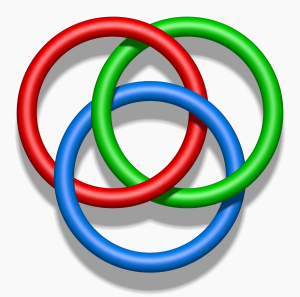 Judging by my Twitter feed a LOT of people have been watching the Olympics. For some, Olympic watching borders on a two-week obsession with sports never given a second thought in the intervening four years. I don't know too many people who are luge fanatics outside the friendly competitive confines of the Olympic Games. Or who could name all the members of the Slovakian curling team in non-Olympic years.

Anyway, it's made me think that we should institute an every-four-years Liturgical Olympics. Each diocese could field teams in church-specific events. Instead of the ugly jackets worn by Team USA in Sochi, the "athletes" could wear hideous vestments during the Opening Ceremonies at the Washington National Cathedral. But I'm getting ahead of myself. We first need to come up with comparable events. Here are some suggestions: 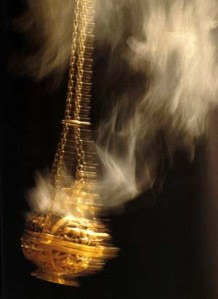 Freestyle Skiing -- Thurible Twirling
Everybody loves the daring, gravity-defying thrills of freestyle skiing. Why not transfer this to the skills of our best thurifers? The possibility of setting things on fire adds to the danger of this exciting event. Thurifers show off their skills with 360s, around the worlds, figure eights, and even the newest move called the spinning nautilus. Extra points gained for smoking out any Protestant spectators.

Speed Skating -- Speed Mass
After the starting gun/sanctus bell, Celebrants compete to say the Eucharistic prayer and distribute communion as quickly as possible. Everyone begins with the altar set for communion, 100 communicants in (mostly) good standing, and one deacon. Giant running digital clock behind the altar allows spectators to track each competitor's time. While this event is Rite II, the Liturgical Olympic Committee (LOC) is considering a switch to Rite I to watch Celebrants trip over the words "innumerable benefits procured unto us by the same."

Pairs Figure Sakting -- Acolyte Choreography
Acolytes must serve at a high mass without extraneous movements or fainting while using perfect form and correct manual acts. Additional points are awarded for singing the hymns and not falling asleep during the sermon. Points are subtracted for unruly hair, wearing sneakers, and getting wax on the cassock.

Ski Jumping -- Changing the Worship Space
Participants are challenged to make a substantial change to the worship space and then suffer the wrath of parishioners. The losers either give in and change it back or go home and curl up in the fetal position. "Substantial change" may refer to the removal  of flags from the sanctuary, repositioning the altar, or removing anything -- no matter how ugly -- donated by a current parishioner (i.e. the modern baptismal font, 1970s-style altar hangings, etc). 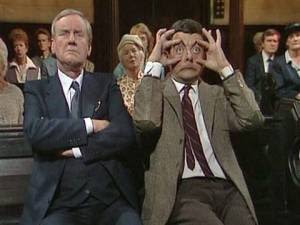 Cross Country Skiing -- Endurance Preaching
The ultimate liturgical endurance test, preachers are set up in a pulpit and asked to preach extemporaneously on a surprise text for as long as possible. There are two ways to get disqualified. 1) Uttering the words "um," "er," "ah," or  any other vocal placeholder or extra long pause (judges' discretion) 2) When the first spectator falls asleep. This is the least popular event to attend especially because smart phones and knitting are not allowed.

Hockey -- Coffee Hour
Participating clergy are thrown into a loud, crowded room with people drinking bad coffee out of styrofoam cups. They have 20 minutes to remember everyone's name, have heart-felt pastoral conversations with long-time parishioners, identify and talk to all newcomers, answer passive aggressive questions about the hymn selection, and suck down two cups of coffee.
Posted by Tim Schenck at 5:49 AM

Mother Mary Perrin at St. Martin of Tours in Kalamazoo wins Ski Jumping hands down. We move our altar into the center of the worship space during Advent and Christmas. So far, no real wrath...

great idea.....what about a prize for ushers....begin with an Easter sized congregation, then have late entreants arrive and ask for seats....time the ushers as they find these additional seats by whatever means necessary......
I will admit that our own John Royster would almost certainly win this. He's a well-dressed, white haired gent, who always amazes me at the holidays.

one small "green" suggestion.....ask your congregation to bring in coffee mugs. That way you avoid the styrofoam, and save the expense. You also get to drink out of an interesting assortment of mugs, some of which might even be LentMadness mugs....

Ushers truly do heroic work on those big days, shoe-horning people into pews in miraculous ways. As to mugs, I agree. Nothing worse than seeing styrofoam in a dank parish hall!

This MUST be submitted to the upcoming General Convention. Also, include a Judging Controversy --- Bishop Election event. Each Diocese present is given a list of seven finalist and 24 hours to select a "winner." To add to the challenge, each list must have at least one who should have to show cause why he/she should not be defrocked.

Can't there be one where the chalicist somehow denies intinction forcing all communicants to sip from the cup?

I've tried this myself with but mediocre success.

there could be an Altar Guild challenge, too. we are never recognized. who can set the Altar properly in the shortest amount of time. I would go for the gold in that one....

Instead of bishop elections, my mother used to say that she believed the candidates just lined up and whoever could preach the longest was the new bishop . . . true "endurance preaching."

One other event needs to be added: the number of times "missional" or "unchurched" is mentioned in a three-minute discourse.

What would be the equivalent of curling?

The equivalent of curling? A very loooong diocesan meeting.

Better add "not twirling the cincture (a la 'let me entertain you')" to the acolyte choreography. And I love Linda's altar guild challenge, also (being a member of that group, myself.) This was great, Father Tim. I do love how you are able to show us that dour and reverent are not synonymous.

This thurifer is surely Olympic-class!

"Just another day at the office. Doesn't everybody do it like this, and make it look easy?"

What, no event for the verger? Tossing the virge?

No, Bella. The verger might then be "on the verge of a nervous breakdown."

That Thurifer is something else! I hope the whatever it's called on the end of the chain doesn't come off and bonk someone in the head! He looks like he's having a great time. and he mixes it up a bit swinging different ways. we don't have a thurifer at my St. Martin's Episcopal Church in Metairie, LA, but if we did I would want that one. Katrina Soto, we need to campaign for the Altar Guild challenge!

Hey, I'm with Bella Englebach - we vergers need an event, too! Competitive verge hurling could do, but it would have to serve a purpose - stopping the celebrant from consecrating far more wine and wafers than will be needed, for instance, or silencing unruly parishioners (especially if their cell phones ring during the service, and *especially* if it happens during a prayer), or disciplining misbehaving acolytes, or herding confused lay readers in procession.

Oh, and if you do switch to Rite I, our rector would absolutely slay the competition!!

The little bald-headed guy has been catching the thurible at the end, for many years. You can see him on other YouTube videos of this rite.

May I include this in our weekly congregational email? If anyone decides to make a donation as a result of reading it, I'll split it with you. Thanks, Kirby+

Have at it, Kirby. I'll look forward to receiving my windfall.

that video reminds me of an old movie with Vincent price-The Pit and the Pendulum....yikes!

Linda, there's another YouTube video of this, when Pope Benny was there. You'll notice that they used a brand new rope. Just in case.

And I don't think the little bald guy did his patented twirl thingy.

I saw it Jay Croft! thanks! there were more people and more ropes. so-it's ok for the congregation to get hit but not Pope Benny! and what is he up to these days? still wearing his fancy red shoes trying to get to Kansas?

Linda, here's a video of Benny visiting Westminster Abbey, London. In the procession, notice a nun deftly kicking aside a stray page from the service bulletin Betcha she's the star of her convent's soccer team!

Well now we know why Pope Benny resigned, Jay Croft. All that Anglicanism rubbed off on him! cool move by the nun. yes, a soccer standout for sure!