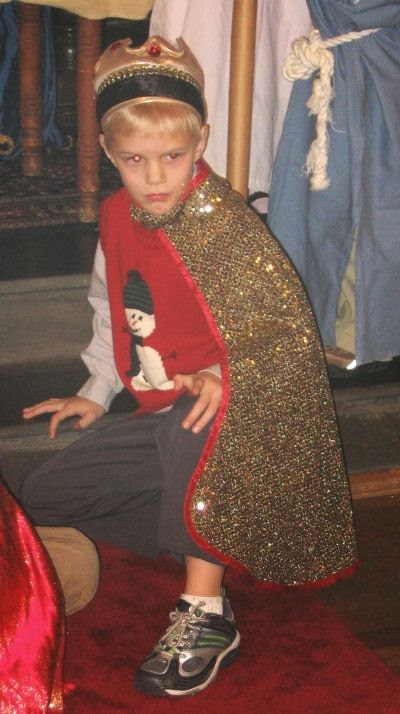 I love Christmas pageants. And not just for the "cute factor," which is generally off the charts. I see them as wonderful opportunities for children (and by extension adults) to quite literally engage with the nativity story.

But I admit I love pageant "bloopers" almost as much as the pageants themselves. There are great spiritual lessons here since mishaps are a part of life and reminders that things don't always go according to plan in our relationship with the divine. I've come to embrace the imperfections (I've seen a number of fallen angels over the years) as symbols of our own humanity. And who doesn't love it when Mary drops the "holy doll" or one of the shepherds goes off script?

One of my favorite pageant moments involved my youngest son Zak. When he was five or six he was one of the Three Kings in the Christmas Eve pageant at All Saints' in Briarcliff Manor, New York, where I served as rector from 2002 to 2009. Before the pageant he warned us (foretold?) that in the middle of the proceedings he was going to "leap into the stands" like a Packers player following a touchdown in Green Bay.

And by God, he did. After the Magi presented their gifts of gold, frankincense, and myrrh, he turned around with a twinkle in his eye (you can see it in the accompanying picture taken just before his mad dash), and jumped into Bryna's arms in the front pew. Following his "Bethlehem Leap" he went right back into character kneeling before the manger. 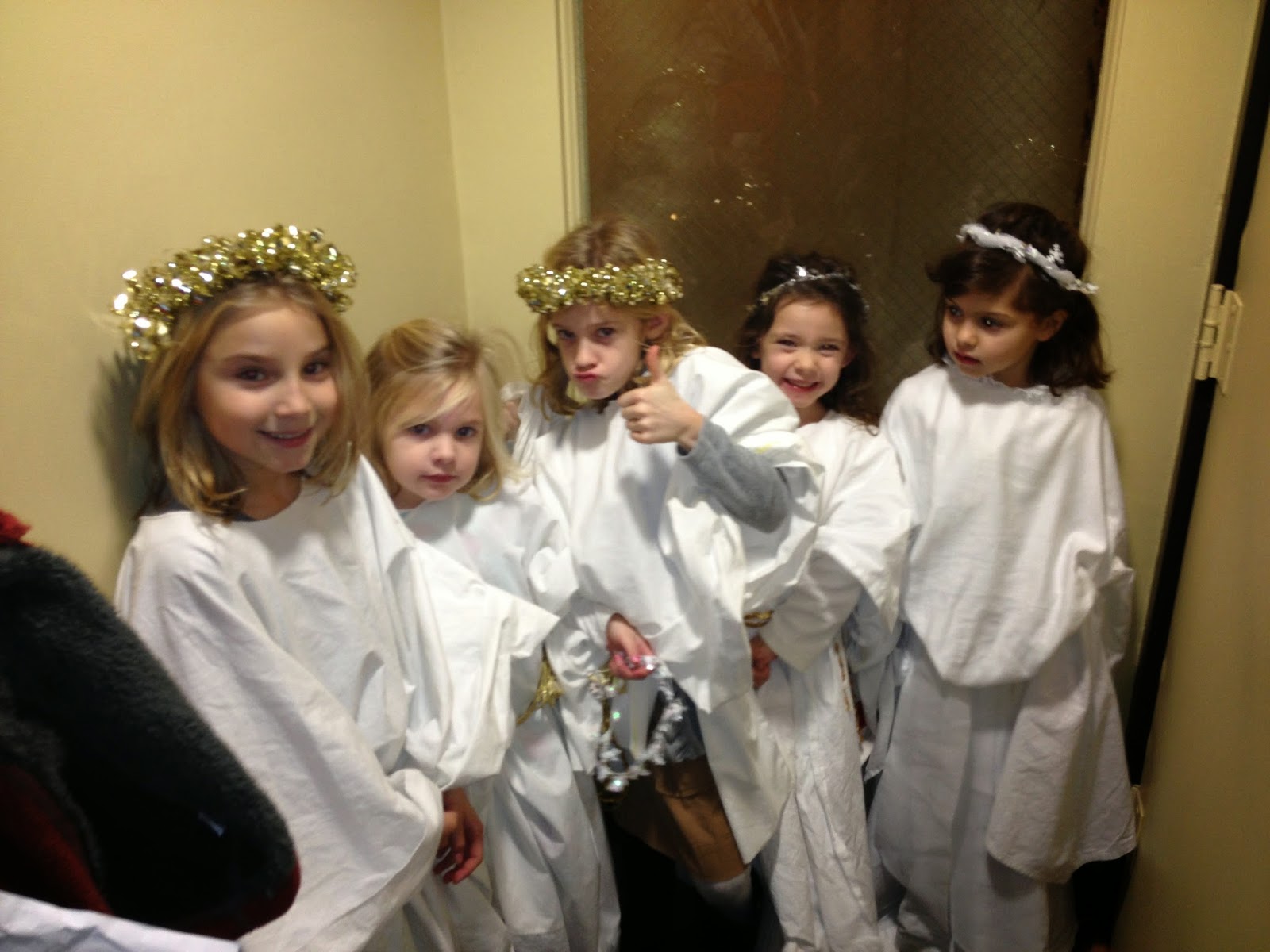 It's not that pageant directors write such mishaps into the script. But when you gather a group of kids, put them in costumes, and get them all amped up on candy canes right before Christmas, things rarely go according to plan.

And you know what? That's okay. In many ways, an imperfect pageant is a much more genuine reflection of faith than that hand-painted china nativity set on the mantle. Faith is not neat and tidy and sterile, it's messy and complicated and engaged. That's the true miracle of Christ's incarnation -- that God entered the muck of the stable and continues to wade through the reality of our humanity.

So enjoy those pageants this year -- go to one or think about those you participated in as a child or witnessed as an adult. Then reflect on the miracle, in all its messiness, unfolding before your very eyes.

The Japanese call it "Wabi-Sabi," which means Imperfect Beauty.

I was the Angel Gabriel at school, aged 7, in 1965.
Despite Morning Prayer, Sunday School & Evensong every Sunday for about 10 years it took me a eons to realize I played a male angel... Oh and my dad was a C of E vicar too!