In my latest In Good Faith column, I write about Christmas pageants and why they're so awesome.

Perfection is overrated. In general, yes, but specifically when it comes to Christmas pageants. I mean, who doesn’t love bloopers at the Christmas Eve pageant service? I don’t mean a Clark Griswold blow-up-the-Christmas-tree disaster but Mary dropping the “holy doll” or one of the shepherds going off script never fails to bring a smile. 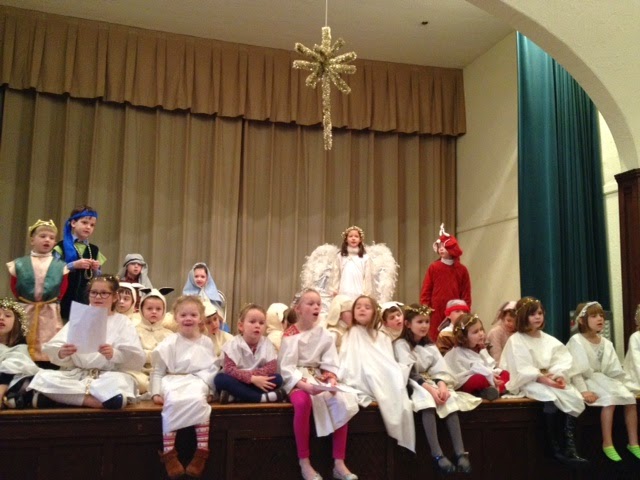 I’ve witnessed my fair share of extra curricular pageant activity over the years. One of my favorites involved my youngest son who played one of the Three Kings when he was five or six. Before the pageant he warned us (foretold?) that in the middle of the proceedings he was going to “leap into the stands” like a Packers player following a touchdown in Green Bay. His godparents are from Green Bay so that might have played a role here -- plus there’s no such thing as an idle “dare” involving an active young boy.

And, by God, he did. After the Magi presented their gifts of gold, frankincense, and myrrh, he turned around with a twinkle in his eye and jumped into my wife’s arms in the front pew. Following the mad dash, he went right back into character kneeling before the manger.

It’s not that pageant directors write such mishaps into the script. But when you gather a group of kids together, put them in costumes, and get them all amped up on candy canes right before Christmas, things rarely go according to plan.

And you know what? That’s okay. In many ways, an imperfect pageant is a much more genuine reflection of faith than that hand-painted china nativity set on the mantle above your great aunt’s fireplace. Because that pageant with Cheerios-spewing sheep and the angel that trips down the stairs (the original fallen angel), is real. In fancy theological terms these moments are truly Incarnational since God is right in the thick of things, rather than remote or distant or up on a shelf.

And this really gets to the heart of both the Christmas story and our own spiritual lives. Faith is not 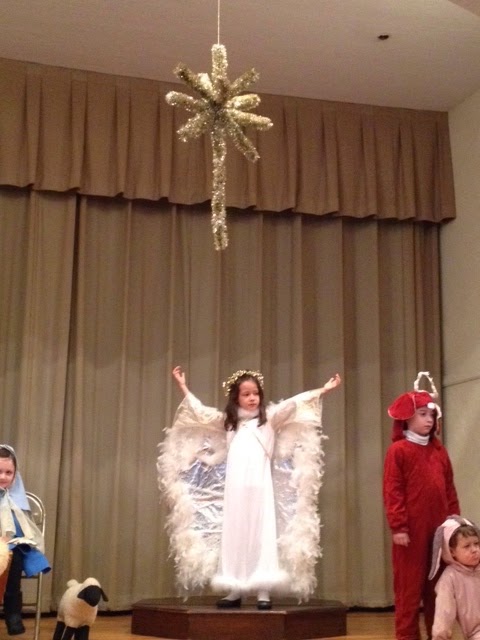 neat and tidy and sterile but messy and complicated and engaged — true relationship always is. Yet even in the midst of the chaos and muck of the stable, God’s light shines brightly forth.

If you think about it, God certainly went “off script” in sending Jesus into the world. Those waiting for the messiah naturally assumed he would be born in a palace, not a stable; that he would be born to a queen, not to a poor, unwed teenage mother; that he’d ride in on a white steed, not a donkey. So our entire faith is based on surprises.

I hope you’ll attend a Christmas pageant this year or at least think about ones you’ve either participated in as a child or attended as an adult. If the microphone cuts in and out so you can’t hear everything or Joseph gets sick at the last minute or the star falls on the manger, it’s okay. Just smile, be kind to the frazzled director, and reflect on the miracle unfolding before your eyes.
Posted by Tim Schenck at 11:59 AM