Seriously? You want to go as a PRIEST for Halloween?

I've never worried much about identity theft. I mean, who would want to steal a priest's identity, right? Well, I may have to rethink that if Halloween costumes are any indication. There are an absurd number of clerical options for the would-be man or woman of the cloth. But mostly the man (read on).

Sure, I went as Father Mulcahy from MASH one year. That was easy enough. Having served in the Army, I just dipped into the Army-issue duffel bag full of old uniforms that sits in the bottom of my closet for no apparent reason and grabbed some camo pants and combat boots. Paired with a black clergy shirt and collar...voila!

And I've always fantasized about going as Father Guido Sarducci of Saturday Night Live Fame one year. If only I chain smoked.

But these are different. Some are fairly standard, some are racy, some are downright Papal, and some I can't even share.

This guy seems to be a cross between Steven Colbert and one of the priests from The Excorcist. That giant pectoral cross would give any self-respecting bishop hives. Of course since this priest is not actually a bishop and shouldn't be wearing one, it would at least result in a firm dressing down from the aforementioned bishop. 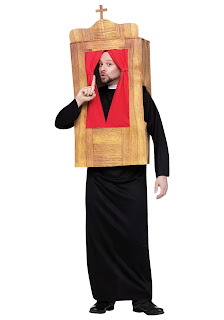 This costume invokes the seal of the confessional. If I were to encounter this guy at a party,
I'd have to "confess" that he looks like an idiot. 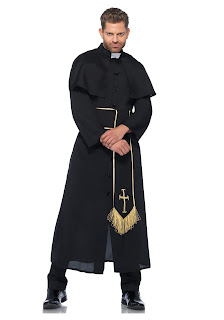 Okay, back off, stud. Stop looking at me like that and make sure my table reservation is in order. 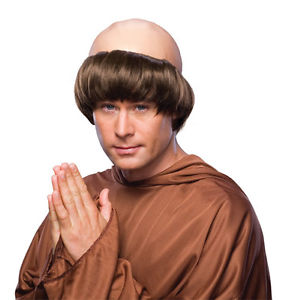 Friar Tuck I presume? Either that or Donald Trump on a windy day. 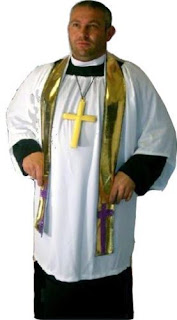 That stole. It's shiny. And it belongs on the Bad Vestments blog. 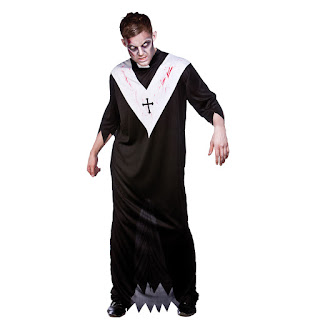 Zombie priest. Or, how most of us look after Vestry meetings. 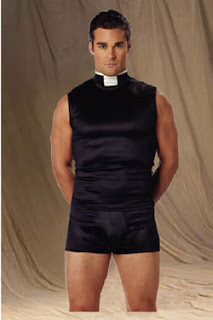 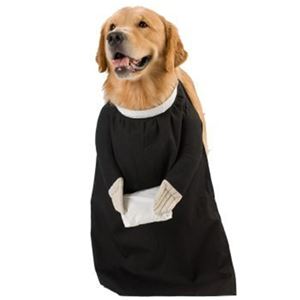 What do you mean you wouldn't wish this vocation on a dog?

Oh, and while it's easy to find costumes for the "sexy nun" or "pregnant nun," there's pretty much nothing out there for the person who's pining to be a regular old female priest or pastor. If I were in the costume designing business, I'd suggest regular clericals with a broken stained glass window wrapped around her waist -- you know, the female priest who has shattered the "stained glass ceiling." 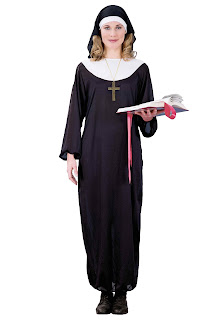 This is about as chaste as it gets. And whatever you do, don't google "sexy nun" on your work computer.

Not that any of this matters to me since I'll, once again, be going as a "Lay Person" for Halloween. 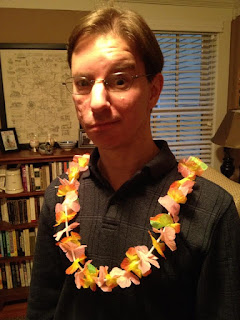 I can't count how many times parishioners have asked to borrow my vestments at Halloween!

So so many thoughts as I was scrolling through this fine post. And then I got to the "Lay Person" image and, well, no words. SFW, that is!

Last year, I took my kids trick or treating right after work, so I was still in my clericals. I told everyone I was going as a Lutheran.