6 Ways to Make the Olympics...Awesomer

I've been watching a lot of the Summer Olympic Games in Rio the past week. There are several reasons for this: 1) I like sports 2) I'm on vacation and 3) I'm a big fan of live Tweeting events like this.

Having seen a decent amount of coverage gives me the authority to make a few suggestions to the International Olympic Committee. Take my ideas and the Olympics will be even awesomer. And, while "awesomer" is not actually a word, I think it conveys the true Olympic spirit of overcoming adversity -- in this case the limitations of linguistic constraints.


The Clergy Confidential Suggestions to Make the Olympics Awesomer

1. Bigger Medals. Medals are nice but they're too small to convey athletic greatness. Unlike the 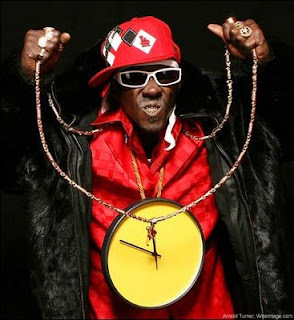 Stanley Cup you can't drink out of them. And unlike the Heisman Trophy you can't put it on your mantle as the crowning achievement of your life. Frankly, anything that could slip under the seat of your car never to be seen again, is inadequate to the achievement. I suggest the IOC quadruple the size of the medals. Thus making all the winners -- regardless of whether they won gold, silver, or bronze -- look like Flavor Flav standing on the podium.

2. Force Athletes to Sing. One of the beautiful things about watching the medal ceremonies is hearing the various anthems of all the different countries. Who knew Fiji even had a national anthem (congrats to their rugby team, by the way). Actually, if you watched NBC's Olympic coverage, you rarely heard any anthem besides the American National Anthem -- why would we watch anything where an American lost?

But in order to encourage athletes to sing when they're on the medal stand, I suggest stripping the medal from any athlete who just stands there. What's wrong? Do you not even know the words to your country's national anthem?! Unless the athlete is crying, the anthem stops and the second place finisher gets to hear his/her anthem. This continues until someone is awarded the gold medal who actually knows the words to their country's respective anthem.

3. Add Average Person for Perspective. It's inspiring to watch athletes from around the world compete in their respective sports. The beauty is that the best athletes make their strivings look effortless. Think about American gymnast Simone Biles, flying through the air on her gold-medal winning vault. It's amazing! But still, it's hard for the average person to relate to such athletic prowess.

For the sake of comparison, I suggest that for each event one middle-aged person in reasonable shape first show what they could do. For instance, the winning female shot put (congrats Michelle Carter!) went nearly 68 feet. That sounds great but how far could I throw a shot put? Five feet? 20 feet? I have no idea. Let's put this all into perspective! 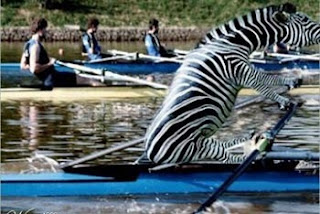 4. Allow Pets. Before the Winter Olympics in Socchi, there were reports that the Russian authorities went around killing stray dogs -- something about an eyesore. But what if we encouraged athletes to compete with their pets? What if they were given extra points for having their dog or pet turtle or whatever join them in the competition?

Who wouldn't want to see Usain Bolt's greyhound (puma?) race alongside him during the 100 meter dash? Or why wouldn't Katie Ladecky bring along her clown fish to swim with her? Think of the visuals, NBC!

5. See Athletes in Other Sports. It's amazing to see top athletes competing in their chosen sports. The single-minded dedication to, say, sculling is inspiring even if it does border on OCD. What the public would love to see, though, is how these athletes would compete in other disciplines.

Sure, Michael Phelps dominates in the pool. But can he throw a javelin? How would the greatest swimmer of all time fare in the modern pentathlon? We want to know. And I suggest a random drawing. If the 4'8" Biles ends up on the men's basketball team, so be it.

6. Make Tweeting an Olympic Event. Live snarking the Opening Ceremony on Twitter should be an Olympic event. With medals awarded. And a podium involved (it can be a virtual one). A true Olympic sport that transcends barriers of age, gender, and fitness level. Winners gain new followers; losers are blocked.

You see, there's great potential to make the Olympics Great Again! So to speak. I hope the IOC is listening. I don't even need any credit for these ideas -- just implement them no questions asked. It's my gift to the international athletic community. Though a medal received in the mail wouldn't be returned...