A Eulogy for Don 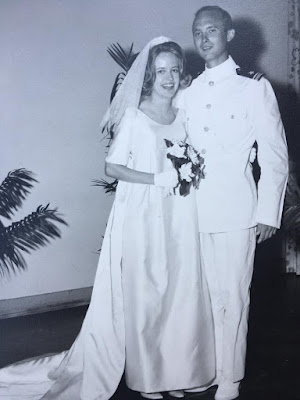 Although I've probably preached hundreds of funeral sermons over seventeen years of ordained ministry, I haven't delivered many eulogies.

Oh, I've heard plenty of them. To the point that I felt the need to write my Unofficial Eulogy Guidelines a couple years ago.

But, I've only ever given two. One two-and-a half years ago for Anne Carroll and one today for her husband Don Carroll.

Both funerals took place at St. David's Episcopal Church in Baltimore -- my childhood parish and the place I sang in a stellar boys' choir back in the day (and back when boys' choirs existed outside of King's College and Vienna). Their adult children, Ned and Sandy, invited me to speak on both occasions -- which was a great honor and privilege.

You see, Anne and Don were special people in my life -- second parents really. I met Ned when I was seven and we became fast friends. Soon enough our parents became equally close and our families were intertwined in remarkable ways. From little league fields to Gilman School to St. David's to beach vacations; through interstate moves and graduations and weddings and moments of heartbreak, our family connectedness was one of the few constants in life.

And when such constants fade away, you grieve the loss. Deeply. Even as you give thanks for the blessings of such relationships.

It started with a throwaway Facebook post. A lament that, given what I do for a living, I would never, ever get to spring training. I mean, the season of Lent, the busiest time of year for parish clergy, just happens to coincide with Major League Baseball’s own season of preparation. Ballplayers are doing calisthenics and taking batting practice while Christians are engaging in Lenten disciplines and giving up chocolate. So there are definitely parallels. If you look hard enough.

But I never got to spring training as a kid and I figured the only way I’d ever get to see my beloved hometown Baltimore Orioles would be to retire. And my wife informed that this was definitely not an option. 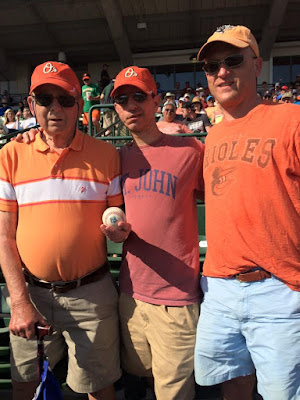 But then I got a text from a childhood friend who had seen my pathetic post. “Thinking about taking dad to see a couple games next week for his birthday. You in?” After verifying that ‘said friend’ wasn’t just mocking me, I started thinking seriously about going down for a couple of days. No, I didn’t have the time. No, flying to Sarasota during Lent didn’t make any logical sense. But in the end, the answer was clear.

You see, this wasn’t just any friend taking just any father to Florida for spring training. This was my second family growing up. Ned and Don Carroll were the only two people on God’s green earth that could get away with calling me “Timmy.” And Don was slowly, if gracefully dying. Time was running out.

So the trip wasn’t about baseball. Not really. It was about spending time with a man who had been a source of inspiration and support throughout my life; someone who was a living connection to my own late father; a person whose gentle humor and unconditional devotion to his family and friends have endeared him to so many of us over the years.

And so, in-between innings, we talked about life and death, faith and family. Time stood still as the three of us laughed and cheered and cursed the Yankees and talked about the things that really matter in life — the relationships that define us and shape our identity — and the sense of peace in the face of death that, even as it comes from a life well-lived, still surpasses and defies all understanding. 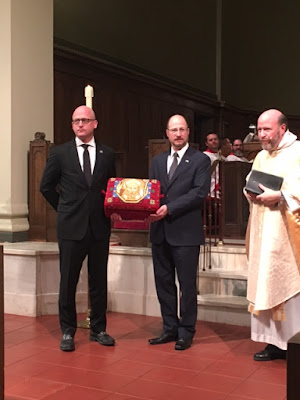 Don was so proud of Ned and Sandy — and not just because they both married way up with Amy and Diane. He was so proud of his five grandchildren, Will and Sean and Jenny and Noah and Annie; and the life he created with his beloved Anne. He was well aware of the legacy of love he was leaving behind. A legacy that was so beautifully and tangibly expressed by Ned and Sandy as they cared for Don with such devotion and compassion in his final days.

Finally making it to spring training this past February was everything I anticipated it would be. There was hope, as well as the defining sights and sounds of baseball, in the air. The crack of the bat, the warm breeze, the wafting odor of grilled hot dogs, the chatter of the ballplayers, the smack of balls hitting leather. And it was also, for me, a resurrection experience in the midst of Lent. A time to celebrate life, even as Don’s life itself was slipping away.

But that’s really what the Christian faith is all about — snatching life from the jaws of death; finding hope in situations that feel utterly hopeless; recognizing joy in the midst of grief.

It was a privilege to know Don Carroll — and I should say it took me years before I could call him anything other than “Mr. Carroll.” But what a gift we’ve all been given to walk part of our earthly pilgrimage alongside this amazing man. I am forever grateful for Don’s presence in my life, as I know we all are.

You know, life doesn’t always go into extra innings. Which means taking advantage of resurrection moments when they present themselves. Even if this means sitting in the Florida sun watching the home team win a meaningless spring training game, that somehow means the world to you.