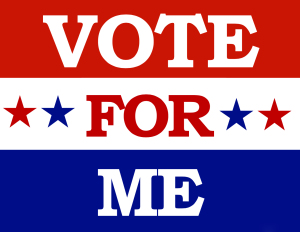 Well, we just took the vote for General Convention Deputy at the Massachusetts Diocesan Convention. I decided to run this year as I recently noted in a post titled In the Running. Of course, the results won't be announced until tomorrow after lunch (how am I supposed to sleep tonight?!).

I guess this is too late at this point -- it wasn't clear when in the agenda the voting was going to take place -- but here's why I should be elected!

9. I believe "basket of deplorables" is merely a euphemism for "tax collectors and sinners."

8. I'll release my tax returns. Although since they're clergy tax returns, no one will be understand them. 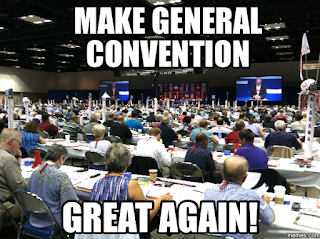 4. If elected "deputy" I will officially change my name to "Enos." Because Dukes of Hazard.

3. I will build a wall around my laptop and make the Methodists pay for it.

1. I will Make General Convention Great Again!
Posted by Tim Schenck at 3:36 PM