In Good Faith: Keeping Up Appearances

In my May In Good Faith column I share a bizarre experience from my previous life working in political campaigns and write about the importance of vulnerability.

Twenty-five years ago, I went to California to work on a congressional race. This was back 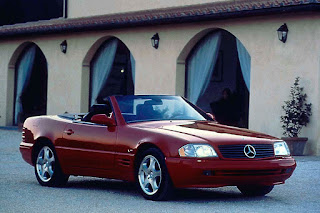 when I did this for a living so it wasn’t completely on a whim. When a campaign manager friend of mine called and asked if I’d come out to run the field operation, I figured “why not?” My dad had just died and I was looking for a change of scenery anyway. Of course, as with most campaign jobs, he wanted me there immediately. So I hopped in my dark blue 1985 Ford Bronco II and headed West.

Our candidate was a successful divorce lawyer in the East Bay area but, as this was the first time he’d ever run for office, we had some educating to do. Like when you go knock on doors in a rougher part of Alameda County and you’re trying to position yourself as a man of the people, you probably shouldn’t show up driving your sporty new Mercedes.

This wasn’t the only problem with this particular campaign or this particular candidate. When we would organize phone banks to call voters, his wife would invite a bunch of her friends…which was good. But she’d also bring cocktails…which was bad. So it started out fine but by the end of the night, they were basically drunk dialing potential voters.

I mention this because when we’d be arguing with this guy about his choice of car — and he had a lot to choose from — he would always refer to his Mercedes as his “battle vehicle.” It was the car he’d take whenever he had to be in court. And that phrase — and more importantly that mentality — has always stuck with me.

So often we approach life as if we need to wear “battle armor” — which is actually what he called the expensive suits he’d wear to court. We want to project an image of strength and power and great confidence while not allowing anyone to detect even a whiff of insecurity or weakness. And so we go to great lengths to enter into situations on our own terms, with great bravado.

The problem is that this isn’t any way to go through life. We can only keep up such images for so long because they don’t reflect reality. We are not the images we project and eventually the walls do come a-tumblin’ down. Weakness and brokenness, rather than strength and wholeness, more often reflect the reality of our lives.

The thing about the life of faith is that it’s not about keeping up appearances or projecting images; rather it’s about being broken open to the God who knows our imperfections and loves us anyway.

In order to be our most authentic selves, we must allow ourselves to be broken open. And that means putting away our battle vehicles and our power suits and standing naked before God — at least metaphorically — and recognizing that not only are we unable to control every situation, we shouldn’t even bother to try. Because it doesn’t work. And the only thing we end up battling is our own integrity.

It’s helpful to occasionally ask ourselves what walls have we built up around our hearts? What defenses have we erected to protect our vulnerabilities? What images are we seeking to portray that don’t mesh with reality? It takes a tremendous amount of energy to maintain an inauthentic image. Energy that’s better spent being in right relationship with God and those with whom we interact in this life.

So, how did this particular election turn out? Let’s just say I was not entirely sorry when we lost a close primary and I headed back East.