When the Music Stops: A Pilgrimage of Death and Dying

This past fall, we held an adult education series at St. John’s on the topic of pilgrimage, 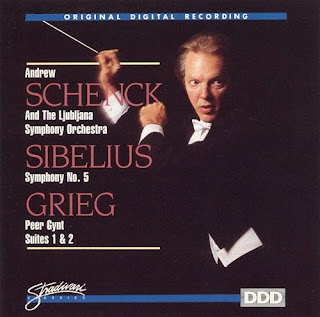 broadly defined. Among the presentations, our associate rector shared her experience walking the Camino de Santiago in Spain; a parishioner shared her journey of addiction and recovery; a group from the parish offered reflections on their recent mission trip experience in South Africa.

As we were building the series, I told the committee I’d be willing to share a personal story about death and dying, recognizing that such experiences speak to a universal pilgrimage, but only if we couldn’t find someone else to do it. Perhaps not surprisingly, I ended up presenting at one of the sessions.

I’ve decided to share this story about my father’s death, not because there’s a single definitive way to experience loss, but because it is often through such touchpoints in others’ stories that we find commonalities, hope, and inspiration. That’s one of the joys of community, in the broadest sense.

Why now? Probably because dads in general and mine in particular are on my mind in the aftermath of Father’s Day. Plus, turning 50 last year and losing my dad at 51 is likely cranking up my soul’s introspection machine.

Here’s what I said:

Obviously I’ve walked with a lot of people through death and dying over 19 years of ordained ministry. Some of them have been your loved ones or friends or fellow parishioners. And everyone here, most likely, has had that same experience, of walking this journey with people they care deeply about. But I want to share a personal story, one that impacted my own life and vocational path, and continues to resonate with me, and informs who I am as a person and as a priest. My hope is that you will find resonances and places to connect, but I also recognize that each story is unique and charged with its own emotion — some positive, some negative, some still being worked out. And that’s okay. None of this is ever emotionally neat and tidy. Grief, after all, is not linear. 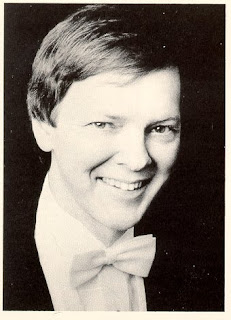 Over the years I’ve shared pieces of this story from the pulpit. But not in such a full and intentional way as I’ll do right now. Some of you know that my father, Andrew, was a symphony orchestra conductor. The reason I grew up in Baltimore was because he was the associate conductor of the Baltimore Symphony. His career had some ups and downs — not because he wan’t a brilliant musician — but precisely because he was all about the music. He was never very good at playing the game; at schmoozing symphony boards and donors and playing politics. He would rather put his head in a score than have lunch at a fancy restaurant with a CEO; or take his boys to a ballgame than be fawned over by socialites calling him “maestro.”

But put him in front of an orchestra and he came alive, he was a dynamo on the podium, and musicians and audiences and critics loved him.

Around the age of 50 he got cancer, a melanoma. He had surgery, they thought they got it, it went away for awhile, but when it came back the following year, it came back with a vengeance.

From a career perspective the timing was pretty cruel. In the last several years of his life, he had finally made it to the top of his profession — and on his terms — without selling his soul and without sacrificing his family — and was just on the verge of a major international career when the cancer first appeared.

One of the last concerts he ever conducted turned out to be his most inspired performance. It was a live recording with the Chicago Symphony Orchestra (a world premiere of a Samuel Barber choral piece, The Lovers, along with Barber's Prayers of Kierkegaard) and, fortunately, I was able to be there — which wasn’t a given, but I had weekend leave from Ft. Knox where I was spending four months training to be a tank platoon leader — something which has come in handy in parish ministry.

Professionally, this was the most significant night of his career. Here he was doing a world premiere recording with one of the best orchestras in the world. And he was dying. He didn’t tell this to anyone — no one knew except his family — but somehow he summoned the strength to put his very soul into the music. The recording ending up winning a Grammy Award — something we found out on Ash Wednesday the month after he died at the age of 51.

About a week before his death, my commanding officer called me into his office and told me 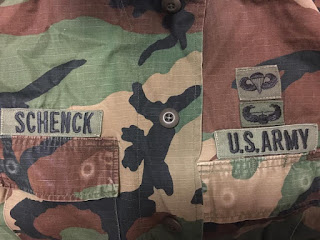 I had to pack up and go home. Immediately. I was just finishing up my tour at Fort Knox and so the timing was good in that sense. We had just come back from 10 days out in the field and all that remained were a few more days of paperwork and so, in a very un-Army-like move, they let me just go. I hopped in my car to drive back to Baltimore knowing that my father didn’t have much time left.

Along the way, my car started acting up and it finally broke down in Flatwoods, West Virginia. I’ll never forget the name of that town, because that’s where I had to spend the night. And there is no more helpless feeling than knowing that your father is dying and you can’t get back to see him. That you are trapped in a godforsaken town named Flatwoods, West Virginia, while the only place in the world you wanted to be was home; that the clock was running down and you were powerless to stop it.

Eventually, I did make it home. My dad was there, set up on a hospice bed in the living room of my parents’ Fells Point house. He was gaunt, physically a shell of himself. His hair was gone. But mostly, I remember his eyes. Until the day he died, they never lost their sparkle. And his mind — the thing he valued the most. He never lost his mind. Or his beautiful spirit, which only seemed to increase as his physical body wasted away.

There was a surreal quality that surrounded the next week. My dad’s sister had flown in from Israel to be there, to help nurse him at the end. They were close growing up, but distance had kept them apart. And this sibling reconnection was inspiring to behold. At night my mother sang hymns and read poetry to him. My brother and I would sit with him and tell him we loved him and share memories, awkwardly sometimes, with great intention and sweetness at others.

And there was a constant parade of people that came through the house. Not an unruly crowd — that was afterwards. But the important people in my dad’s life. People who came to say goodbye;  people my dad was waiting to see. Until finally, everyone had come. And he slipped peacefully away.

And then, literally the moment after he died, one of his best friends, who was an Episcopal priest who had visited him regularly, happened to knock on the door. Somehow he just knew. And he prayed with us beautifully and deeply and heartbreakingly.

In the immediate aftermath of his death I remember a sense of relief. And I couldn’t tell at first whether it was relief that my father’s suffering had ended or relief that we no longer had to go on living in this limbo between life and death that had become increasingly difficult. And I remember feeling guilty about feeling relief. But I’ve come to learn that it’s okay. That these two sides of relief are not mutually exclusive. 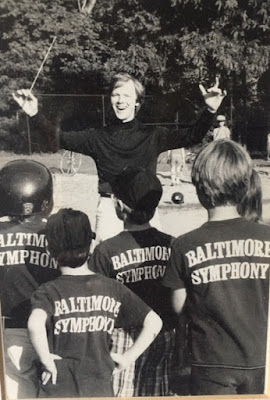 What I tried to be was angry. I mean, on the surface of things, my father had every reason to be bitter. Again, the timing was just so cruel. His career was taking off, his children were finally leaving the nest, his 25-year marriage remained the bedrock of his life. And yet life was slipping away.

Someone who had every right to be angry and filled with self-pity was instead filled with peace and joy and love. I couldn’t understand it. And rage and anger at the situation felt good and righteous! But you just couldn’t hold on to these darker emotions in the presence of that serenity.

So where did it come from? This inconceivable and all-encompassing peace? Well, it was faith, of course. Which was not something that came naturally or automatically to my dad. Despite a lifetime of church going, it wasn’t until the last few months that the words he had been proclaiming all those years — in prayers and creeds and hymns — were experienced first-hand as the peace and freedom of true relationship with Jesus Christ.

He had entered into that peace of God which passes all understanding. Amid the pain, he was able to give thanks for the abundant blessings of this life. Despite the seeming unfairness of it all, he was able to be at peace with God. He knew that Jesus was calling him not to a bitter end, but to eternal life.

After he died, as I was in the throes of profound grief and sadness, I knew that I wanted that same sense of peace. Not as something to possess but as something to experience and to share with others. Which in many ways is why I do what I do, and why I continue to seek that often elusive sense of peace, which I know can only come through faith in Jesus Christ.

And as I found myself wondering where Jesus could possibly have been in all of this, it took the dying man himself to make me see precisely where Jesus was. Watching my father’s response, his unwavering faith in the face of death, opened my eyes to the fact that Jesus was just as present with him on the podium, as with our family in those last days, and in his final breath. That’s where Jesus was; right there with all of us. In the tears, in the laughter, in the spark of my father’s eyes even as he neared the end, in the memories, in the grief.

My father’s last words were “Good things are happening.” Which, again, on the surface of things sounds like a cruel joke. But at another level it was unvarnished truth. Because he was entering into that place where, as the burial rite puts it, “sorrow and pain are no more, neither sighing, but life everlasting.” And that is indeed a good place to be.
Posted by Tim Schenck at 8:48 PM

Email ThisBlogThis!Share to TwitterShare to FacebookShare to Pinterest
Labels: Family