In Good Faith: Can We Handle the Truth?

In my January In Good Faith column, I write about the Capitol insurrection, truth, and the legacy of Oscar Romero.

Can We Handle the Truth?

When I was on sabbatical a couple years ago, I visited a coffee farm in El Salvador, high up in 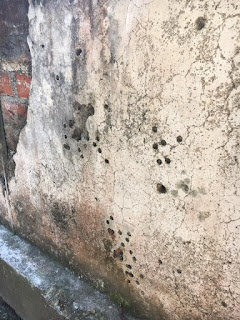 the hills near Santa Ana. The farm had been in the same family for generations and it was a beautiful piece of property with coffee plants growing under canopies of banana trees.

At one time there was a grand manor house on the plantation, but now all that remained were the ruins. It had been destroyed in the Salvadoran Civil War that started in the late 1970s. As I ran my hand along exterior walls still pockmarked by bullet holes, it was difficult to imagine the violence and bloodshed that had taken place just a few decades before.

Watching the images from our nation’s capital last week, reminded me of that day in Central America. Civil war, political violence, the inciting of riots, reckless rhetoric, armed gunmen, the destruction of property, murder  — these are all things I never thought could take place here in our country. Not because we’re better than anyone else — we surely are not — but because mob violence unleashed in the halls of Congress is inconsistent with the yearning for a more just and perfect Union. The cognitive dissonance between the rhetoric of our stated values and the reality of what we witnessed was both striking and heartbreaking.

Collectively, we watched the violation of a treasured national symbol unfold in real time, as it was desecrated by rioters, conspiracy theorists, white nationalists, and insurrectionists, some bearing Confederate flags and others wearing t-shirts with anti-semitic slogans.

When I was on that coffee farm, I met the owner of the property, and he was a proud and gracious host. Over lunch I asked him about Oscar Romero, the former archbishop of El Salvador. I figured maybe he’d encountered him at some point and had a story to share about this saintly soul who risked everything to lift up his country’s poor and vulnerable populations.

But at the first mention of Romero’s name, the man’s face clouded over. The charm dripped away into an icy stare and it dawned on me that, while I naively assumed everyone in the country loved and admired Romero and treasured him as a national hero, the ruling class did not. It was anti-government rebels who had destroyed the family home, and the monied class was strongly allied with the repressive military regime against which Romero had railed. Romero was a truth-teller, an advocate for social justice, an ally of the oppressed, one who condemned violence and torture, and a man whose vision of equality for all people contrasted sharply with the ideology and practices of a power hungry dictator.

The day after preaching a sermon in which he called on all soldiers, as Christians, to stop carrying out the government’s orders to violate its citizens’ basic human rights, Oscar Romero was assassinated while standing at the altar celebrating mass; martyred for telling the truth.

If you’re a politician, truth-telling won’t necessarily get you reelected or make you popular with your base. And yet, if there is anything this country needs right now, it’s more truth-tellers. Leaders with the courage to stand up, despite the political winds, and tell people the truth without spin or bias or personal interest. We need less flag waving — whether that’s an American flag or a flag emblazoned with the name of a particular candidate — and more truth-telling. We need courageous truth-tellers to hold us all accountable when we stray from our national ideals, just as Archbishop Romero held the oppressors in El Salvador accountable for their despicable actions. 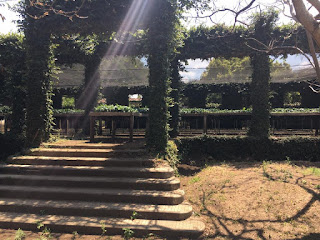 I’m not sure what our collective future holds as a nation. But I do know that we can disagree without demonizing one another. That we can seek truth rather than spreading falsehood. That we can repent for the ways in which we have not lived up to our values. That what we witnessed last week wasn’t merely an aberration, it was a reflection of America in 2021. And that if the bodies of those who stormed the Capitol building had been black and brown rather than white, those hallways would have been stained with blood. In the spirit of truth-tellers like Oscar Romero, we need to hear the uncomfortable truths. For only then can we begin to embody hope and unity, rather than division and despair.

That old bullet-riddled manor house in El Salvador had since been converted into an open-air nursery. Gardeners lovingly tended the young coffee plants that would soon be placed deep into the farm’s rich soil. Out of destruction, injustice, and violence, the seeds of new life and growth were literally being sown. May we seek the freedom that surely abides in truth.