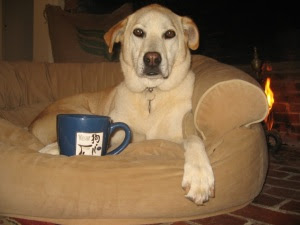 Shockingly, Delilah was rejected for the new Episcopups Calendar by Forward Movement Publications. You may recall my blogging about her recent photo shoot.  Delilah took the news pretty well, processing her rejection by gnawing on a chew toy. I, however, did not. So Forward Movement is now dead to me. 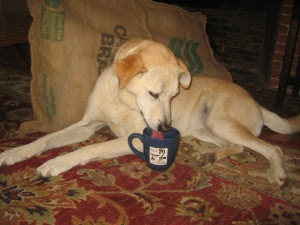 While it would be easy to blame my archnemesis, Scott Gunn, who just happens to be the new Executive Director of Forward Movement, I won't. That's because my righteous indignation at this affront transcends one person. I blame the entire city of Cincinnati and vow to never, ever run the Flying Pig Marathon (yes, that's what it's called).

Adding insult to injury, they also rejected the few captions I sent in as part of their online caption contest for each featured "dog." I think Fr. Gunn and his staff may need a humor transfusion. And when I come out with my EpiscoRoadkill calendar next year you can be sure I won't be including any dead possums from Southern Ohio.

I realize this is sour grapes since, had Delilah made it in, I would have been extolling the virtues, great insight, and "forward" thrust of the revamped Forward Movement. But now I will have to clear my tract rack of their publications and replace them with pictures of my dog.

The two photos you see here are the ones we sent in. Here are the 2012 Episcopups who made the calendar (which I don't encourage you to purchase). Take a look and you'll see just how much better it would have been had Delilah been Miss January.
Posted by Tim Schenck at 7:32 AM

I've looked at the 2012 Episcopups calendar, Fr. Tim (definitely inferior breeds and humorless captions) but I've never been able to access the boxed items in your blogs. Clicks bring up no photos or quotes. Help for the electronically challenged? Tib

Tib, not sure what you mean by "boxed items." Do you mean the two boxes at the top right? That brings you to either my Facebook page or Twitter account.

Darling Delilah certainly deserves a place in the 2013 calendar, She is endearing, with an admittedly quirky side to her personality. Never fear... her modeling career is not over. Meanwhile, here online, her adoring fans can enjoy her presence all year long in 2012.