St. Andrew: Apostle of the Lapel 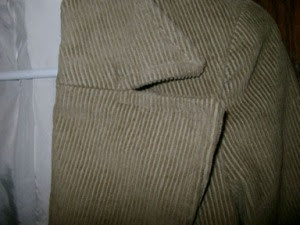 No, I'm not wearing a kilt while I type this. But it is St. Andrew's Day, which commemorates the man who is, among other things, the Patron Saint of Scotland. For many, he's more associated with a famous Scottish golf course than his connection to Jesus.

Andrew is known in the Orthodox Church as the protokletos, or "First-Called." It was Andrew who first met Jesus and dragged his brother Simon-Peter before him with the words, "We have found the Messiah." Perhaps Andrew should be the Patron Saint of Younger Brothers. Peter would go on to be "the rock upon whom I will build my church" while Andrew would fade into the background. It's tough to follow in the footsteps of an older brother who has a larger-than-life personality. Of course, I'm not speaking from personal experience since I am the older brother in my family.

Andrew appears three times in John's gospel. The encounter with Jesus and his brother; the "three Greeks" who approach him because they "want to see Jesus;" and as the one who points out the lad with the loaves and fish before the feeding of the 5,000.

So on this day I bid you to think about ways you can follow Andrew's example. Is there anyone you can draw into Christ's presence by word or deed? Have you ever done so? What's holding you back?

As Jesus draws us to himself, we too are called to draw others to him. It's part of what being a Christian is all about. And if it feels uncomfortable, at least it's not as uncomfortable as being martyred on what's become known as the St. Andrew Cross.
Posted by Tim Schenck at 6:39 AM