First, let me be clear: they have nothing to do with Oprah. Nor are they related to other songs beginning with "O" like O Susanna, O Christmas Tree, O Little Town of Bethlehem, or O-bla-di-O-bla-da.

The "O Antiphons" are a traditional Advent devotion dating to as early as the 5th century. Benedictine monasteries provide some of the earliest evidence of their usage and by the 8th century they were commonly used in Roman churches. There are seven "O's" (the name simply derives from the start of each antiphon -- "O Sapienta, O Adonai, etc.). Thus the first is recited on December 17th and the last on December 23rd.

Each antiphon is based on a title used for Jesus in Scripture thus (and I realize I've used the word "thus" in consecutive sentences): 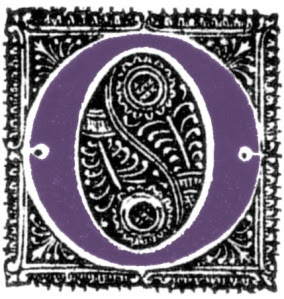 If the English words sound familiar, you're no doubt acquainted with the classic Advent hymn "O Come, O Come Emmanuel" which is based on these antiphons.

In Anglican usage the O Antiphons are traditionally used before and after the Magnificat at Evening Prayer (sung at Evensong) or as the Alleluia verse before the gospel reading during the appointed days. For many, they are used as private devotions during the waning days of Advent.

Click here to access a full list of the O Antiphons (along with their Scriptural citations) in both Latin and English. This comes from the Liturgy blog of the wonderful New Zealander Bosco Peters. Enjoy.
Posted by Tim Schenck at 5:07 AM