How to Market Advent Lessons & Carols 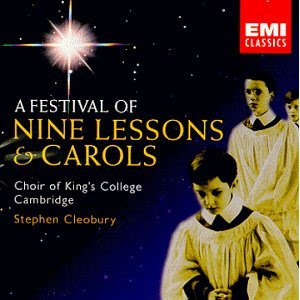 For many people it's just not Advent until they attend a service of Lessons & Carols. This beloved liturgy has deep roots in the Anglican musical tradition and evokes images of vested choirs, coped clergy, Advent wreaths, and a December chill in the air.

The service itself is structured on a liturgy first offered at the Chapel of King’s College, Cambridge, England, in 1918. Almost immediately other churches adapted the service for their own use but its popularity really began to grow when the service was first broadcast in 1928. With the exception of 1930, Advent Lessons & Carols has been broadcast annually from King’s College, even during the Second World War. 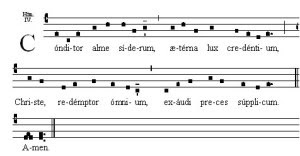 Here at St. John's, along with many other parishes, Advent L & C ranks as one of the liturgical highlights of the entire year. Now if you're trying to draw people to your own sublimely beautiful and well-planned Advent Festival of Lessons & Carols, I have some tips. Truth be told my globe-trotting archnemesis also contributed to this list but he's somewhere in Jerusalem at a coffee shop while I'm stuck here with visions of Christmas Eve bulletins dancing in my head so I'll take all the credit.

How to Market Advent Lessons and Carols


1. We steadfastly refuse to admit any holiday festivity so kindly leave the Christmas sweater and reindeer brooch at home. The ushers will remove any Santa hats they spot with an air of righteous indignation.

2. You'll get to sing/mumble your way through unfamiliar Advent hymns and listen to Advent carols no one recognizes.

3. Yes, there are scary prophetic readings but they're always undercut with a tuneful anthem (that you won't recognize) following each one.

4. Prior to the service be sure to Google "why is there a pink candle in the advent wreath."

5. Listen to Americans and Brits fight over the pronunciation of Isaiah (eye-ZAY-uh vs. eye-ZEYE-uh).

6. Fire hazards abound. Fortunately the liturgy is about as interesting as watching wax drip.

7. This is the one time during the year we let that crazy lady with the British accent read a lesson.

8. It's fun to play spot the fake garland. It's like Where's Waldo only easier.

9. Keep waiting for someone to read Ezekiel's passage about the Valley of  Dry Bones until you remember that happens at the Easter Vigil not Lessons and Carols.

10. Judge the abilities of the various lectors and hold a grudge against the rector for not utilizing your superior reading abilities.

11. Take bets during the car ride to church over whether the parish secretary remembered to change the date on the bulletin from last year.

12. No sermon. Though most clergy make up for this by adding in a non-rubrical "announcements" section in order to "preach" about their upcoming schedule of Christmas services.

13. The reception following the liturgy is stale crackers and cheap wine. It's a meeting point between Lent (no refreshments) and Christmas (festive food).

14. Clergy who attend will come to blows arguing over whether or not the vestments and hangings are the "correct" Advent color.

15. Episcopalians who like to ignore Marian devotion can scowl through hymns about our Blessed Mother.


I guarantee that if you take out a full page ad in the local paper listing these reasons to attend your service of Lessons and Carols, you'll need to hire some crowd control thugs off of Craig's List.

In the meantime, I bid you blessings during this holy season of waiting and watching and preparing for the arrival of the Christ child. Scott Gunn may or may not do likewise at his second coming (back to America) when he returns to judge the liturgy.
Posted by Tim Schenck at 4:26 AM

As a crazy lady with a British accent, I approve this message.

Yup. These ought to do the trick.

Forwarding this to our priest, in case she wants to use it (our service is the 16th.) :-)

You couldn't post this last week. Oh, no, you had to wait until we'd already had our Advent L&C (everyone knows Advent 1 is the only appropriate Sunday for that!). And our lady with the British accent is perfectly normal, thank you!

This other crazy lady with a British accent concurs.

I could listen to a person with a British accent read the freaking phone book, and they would actually make it sound INTERESTING.
God bless 'em, every one!

We have a reception after ours that my children refer to as The Mile of Cookies.... it is the most popular service of the year.