The Theology of Ray Lewis 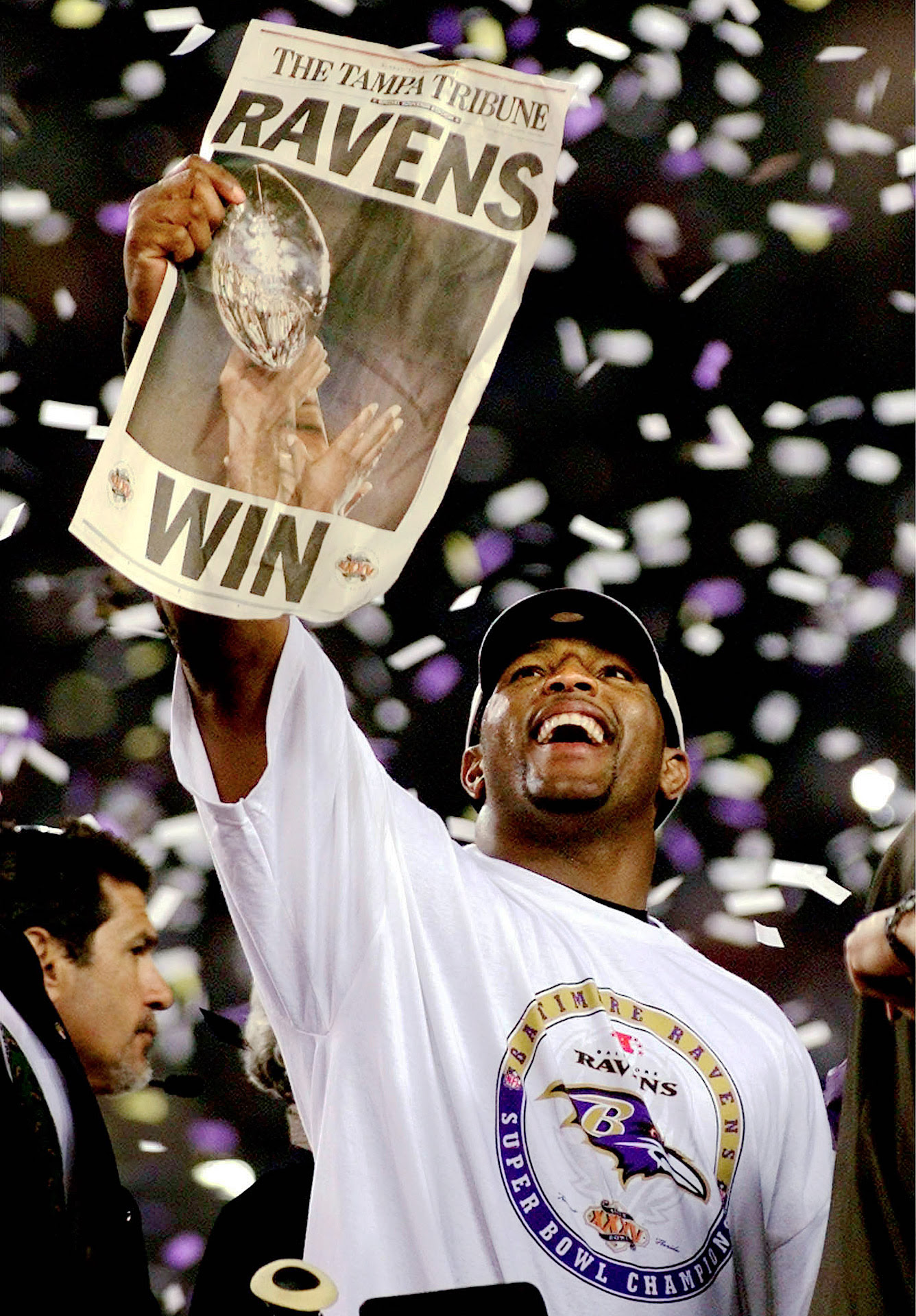 Just whipped off my latest "In Good Faith" column while basking in the warm glow of the Ravens Super Bowl victory.

The Theology of Ray Lewis


Whenever anyone asks me whether God has a hand in the outcome of sporting events, I have a ready answer. I point to the three little league baseball seasons I coached with a fellow Episcopal priest: we never had a winning season. Granted we weren’t exactly down on our knees in the dugout or teaching our players the proper way to cross themselves in the batter’s box. But you’d think God would have at least sent one power hitter our way or blessed us with an outfielder who could actually track fly balls.

There’s been a lot of talk about God’s role in sports the past few weeks. Sports Illustrated even ran a cover story with the headline “Does God Care Who Wins the Super Bowl?” featuring a picture of Baltimore Ravens linebacker Ray Lewis emerging from a body of water with his hands clasped in prayer. 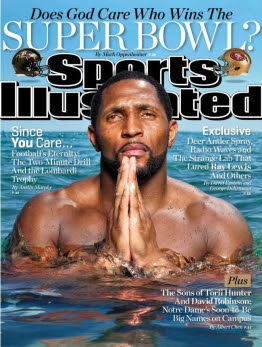 Now, for the sake of full disclosure, I should tell you I’m originally from Baltimore. I am a passionate, life-long Orioles fan and a huge Ravens fan. As I write this the morning after the Super Bowl, I’m reveling in last night’s events while drinking coffee at Redeye Roasters wearing my Ray Lewis jersey.

It’s no secret Lewis is a polarizing figure -- as a young man he was put on trial in connection with a double murder following Super Bowl XXXIV in Atlanta. He was cleared but charged with misdemeanor obstruction of justice. For some, that connection, regardless of the fuzzy circumstances and outcome of the trial, has forever vilified Lewis. Like most Baltimoreans I believe he’s done an admirable job of turning his life around and have seen first-hand the impact he’s had in that city through charity work and inspiring a generation of underprivileged young boys and girls. I also love his passion for the game of football, admire his leadership skills, and feel privileged to have seen the best linebacker of his era play both live and on television.

I must, however, take exception to Lewis’ brand of public theology. There’s no doubt he has a larger pulpit than any member of the clergy. He can “preach” to millions while most of us are stuck preaching to hundreds. His platform makes the pulpit at the Washington National Cathedral look like a battery-operated megaphone. The problem with this is that Lewis can preach the Gospel According to Ray without consequence or accountability. He claims to answer to God alone but sometimes there’s a fine line between God and Ray and that not only makes people uncomfortable, it can be dangerous.

In the immediate aftermath of the Super Bowl, a reporter asked Lewis, “How does it feel to be a Super Bowl Champion?” He responded “When God is for you, who can be against you?” The implication being that God was “for” Lewis and the Ravens more than God was “for” the 49ers. That’s a slippery theological slope. Does it mean that God preferred one Harbaugh brother over the other? Does it mean that if you pray enough, God will reward you with success and riches beyond your wildest imagination? If you don’t win the big game or get that promotion or get an A on your calculus test, are you a lousy Christian? 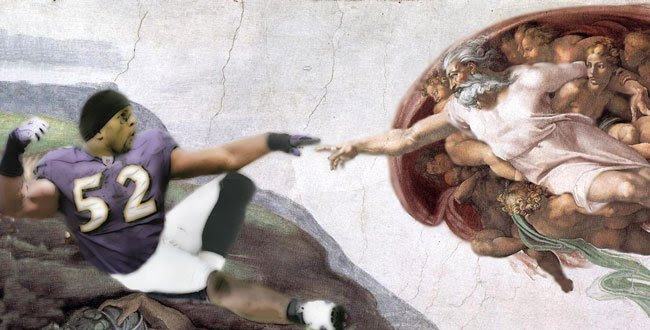 This not only turns faith into competitive blood sport, it sets up a dangerous dualistic approach where you’re either on God’s side or not. Everything becomes black and white with no shades of gray. Unfortunately, the human relationship with God is much more nuanced than this -- our faith ebbs and flows, there are moments of inspiration followed by periods of doubt. Like the experience of the Israelites in the wilderness, faith is a living, breathing life-long journey of falling away and returning to God.

In other words, if God is for us, that doesn’t mean there’s an equal and opposite person that God is against. It just doesn’t work that way since God is “for” everyone who seeks God out and takes even the most tentative step toward relationship.

I’m still going to enjoy this Super Bowl victory and wear my purple with pride. I just don’t think I’ll be inviting Ray Lewis to guest preach any time soon.
Posted by Tim Schenck at 5:51 AM

You offer a brilliant commentary and the annoying habit of athletes saying God made them win! Thanks!

As an Orioles' fan (sorry, I draw a line at the Ravens), I'm happy to hear your passion for things Baltimore, and see the well-reasoned line you've drawn regarding Brother Ray's personal brand of theology. Thanks!

I was cheering for the Ravens because of The Wire, I'll confess. Cheering, not praying. Though there is some similarity.

Attributing success to God's preference is loathsome. Just ask that widow in the temple giving her last coin.

Of course you won't be inviting Ray Lewis to preach from your pulpit anytime soon because you're not stupid. I admire Ray Lewis for dealing with his personal problems that I believe attributable to his misguided youth and misinformed ways of thinking brought on by the lure of glamour. I don't mistake that for his distorted way of believing God prefers the Ravens or any other team to win. But then, that's because I'm not blinded by his looks, longevity, or misplaced theology. What others' do and believe is their problem compounded by the lemming-like behavior of those too blind to the consequences of believing so-called heroes and their warped, yet sincere, ways of seeing God.

First, well written piece. I guess my concern is, why does Lewis' person beliefs concern anyone. It's the way he interprets the experience. You and I interpret it differently. Everyone has their way of interpreting their experience. If he wants to interpret it that way, and he "needs" that, then I say let him have it. Also to the above poster, why is his way of viewing God distorted? Is it not similar to the writers of the bible he reads, in which there is an us vs them logic and a God is for us logic and against the ammonites, hittites ect.

Lewis is not a trained religionist nor a pastor. He's just a man trying to figure out how God works in his experience. Sometimes I think we need to be careful of academic imperialism. Anyway, just my thoughts.