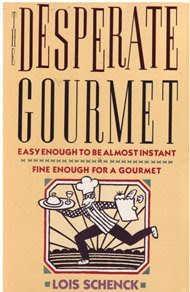 While most people blame their mothers for everything that's wrong with them (paging Dr. Freud), today I'm thanking my mother for something she shared with me: a passion for writing. Despite a fruitful career in residential real estate -- she always said that two people working in the non-profit world was one too many -- she's a writer at heart.

She did, in fact, author a terrific cook book in 1987 called The Desperate Gourmet. Yes, there were recipes but it was really a philosophy of life. With a symphony conductor for a husband, two children, and a thriving career the book was borne of necessity -- if you like great food but don't have time to prepare it you have no choice but to become a "desperate gourmet." I'm particularly proud that my cheesecake recipe ("Tim's Best of Show") made it in since that's really the only thing I can make that doesn't involve a grill.

What I find interesting is that the older I get the more similarities I see in our writing styles. This became even clearer the other day when she sent me a piece she had written about 30 years ago. She never did anything with it and I'd never even seen it before. But I think it's a great little piece of writing and told her I wanted to share it on my blog. It doesn't have a title since she never got that far but I hope you'll enjoy it.

In 1975, a reporter was kind enough to write a very complimentary article about how I manage to be a conductor’s wife, mother of two young children, professional writer and Realtor, all at the same time. What is closer to the truth, however, is that my life is a variation of that old nursery rhyme that goes, “when it is good it is very, very good, and when it doesn’t work, it is horrid.”

There are times when I feel exactly like a New Yorker cartoon I laughed at years ago before it became my logo. It showed two pictures side by side. In the first, an impeccably well-heeled lady was revealed. In the second, the boudoir itself was revealed: a clothing jungle in which no article was left inside a single drawer or closet. 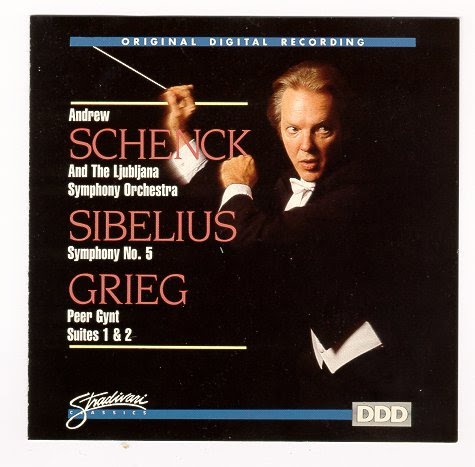 In all fairness to me, the reason for my own jungle is not so much that I hate housekeeping or consider it beneath me, but more a question of priorities. If you are going to care about your husband and his career, yourself and your career, your children as people and yourselves as a family, something’s gotta go! When you are trying to choose a dress for your husband’s concert while a pair of jelly-tipped fingers is tugging at you, while you are trying to remember where the maestro put the cufflinks that are supposed to be in the box in his top drawer but aren’t, while a real estate client wants you on the phone and while you are trying to answer some ponderous question like “Mommy, where does my food go after I eat it?” your boudoir is likely to wear the scars for a year!

Whenever I complain about this to my mother she cheerfully reminds me that I didn’t have to have either children or a career, both of which are only true in theory.  But she’s right about one thing. I do lead this crazy existence of mine by choice and, if the truth be known, I wouldn’t have it any other way.

One of the funniest examples of the kind of people, place and juggling that goes on around here happened about 4:30 on an afternoon when I had just gotten home. Andrew called from the concert hall to say that the soloist for his upcoming concert had just arrived and invited us out to dinner. I knew I couldn’t get a babysitter at that late hour, so joining them was out of the question. But I didn’t want to pass up the opportunity because spending time with guest artists is one of the pleasures of our existence. 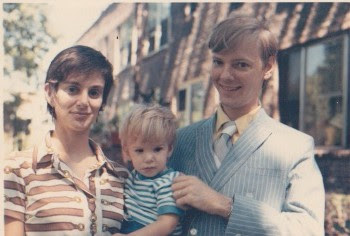 Could we invite the soloist to our house for dinner? It was already 4:30, a definite minus. I happened to have a pork tenderloin sitting in a lovely Chinese marinade, a definite plus. I also had something in the freezer I could pull out for hors d’oeuvres. Fine.

I decided that if I started right then, I might just be able to set the table, organize the dinner, get the house picked up (forget clean), get the kids fed (forget bathed) and put to bed without feeling rushed to the slaughter, and come out like a reasonable facsimile of a human being.

By some miracle, we had a delightful dinner. So delightful, in fact, that the festivities lasted until 1:00 am, which is fine and dandy until  a very few hours later, breakfast for the nursery school set comes crashing in without even knocking.

As I said before, when it works, those fleeting moments when I feel I might have succeeded in being all things to all people, life is wonderful. But when it doesn’t, when I go flying off to a real estate closing without the termite certificate, without which there can be no closing, or when the baby sitter calls in sick half an hour before we have to leave for a concert, or when any number of things happen to make my much too saturated solution break down. 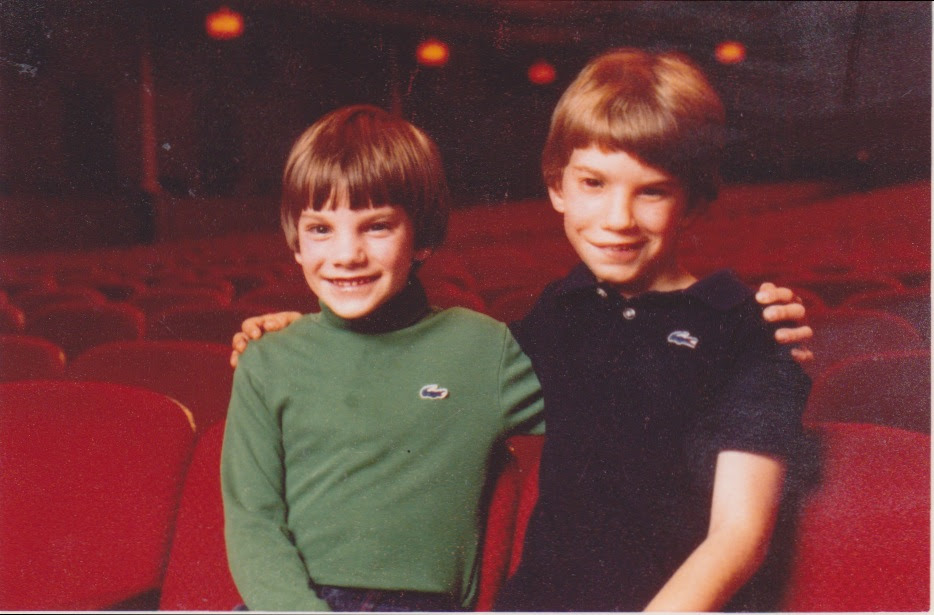 At moments like this, it is hard to think positive about the joys of multi-tasking, but it does make the pleasures all the more enjoyable. Before Matthew was in nursery school, I used to love to keep Timothy home for the day so I could take both boys to one of their father’s children’s concerts. Quite apart from their obvious pleasure in watching their father conduct, my compensation for trying to keep track of two little Indians in a concert was watching them experience some things most children never get a chance to do: climb on an opera prop, bang on the timpani, or take flowers to a star in her dressing room.

Times like these really make me appreciate the specialness of my life, but it’s funny. People invariable envy you for the wrong reasons. Everyone assumes my general state of happiness comes from the excitement of living with someone in the public eye. Actually, the public Andrew Schenck and all the “glamour” that surrounds him excites me far less than the person he is. Among other things, the thrill of being recognized in public brings with it the mixed blessing of being seen in places where you would rather be anonymous like  when the symphony gossip mongers see him in the grocery where he appears on rare occasions and report to their cronies that Andrew Schenck’s mean wife makes him do the grocery shopping!

If anyone is going to envy me, let it for the right reasons. Most of all, the relationship I have with my husband in which the happiness of one is directly related to the happiness of the other.

So many people ask me how I manage the number of roles I juggle that one day I tried to figure it out and came to the single conclusion that I am that rare breed of woman in today’s world: liberated, and very much in love.
Posted by Tim Schenck at 2:48 PM

What a lovely and enjoyable article - and I LOVED the pictures! Thanks to Mrs. Schenck!

Agreed...it's a great piece and I enjoyed reading it! And how lucky you are to have your mother as a guest blogger.

The apple doesn't fall far from the tree. My mother was a writer, too.

First of all.....be happy and proud your mom's still on this side of the dirt ! Second, you've got a lot to brag about... (about which to brag?) Lastly...(Should I have used firstly and secondly?).....just be proud...Lost my train of thought.....still love your columns and use some more momonyms.

Wonderfully written piece. Just very sorry they didn't get to grow old together and enjoy many more years...... and the grandchildren,

Could be a manifesto for all of us who juggled work and family before it was as accepted as it is today. (Were yours those jelly-tipped fingers, Tim?)

Your mother is awesome. Thank you for sharing her humor and her wisdom. You have indeed inherited a lot of good things from her.

OM, this is a moving, lovely piece! Having grown up during this era, I am in great admiration of her ability to center herself on the important things in life and articulate it so well. Much appreciation to your Mom for relavent insights - a good relationship with your significant other and love are the things that matter most.

Finally getting to reading this and what a delight. Your mother's writing voice reminds me of a more tender Erma Bombeck, although Bombeck's writing could be poignant. Love the work pictures your mother creates. Moved to tears by her kicker line. Had no clue your father was a conductor and decide whether that explains anything but your writing talent seems to be matrilineal.

Found a copy of the book and love it. Brings back a lot of memories of the years I lived, and entertained, in NYC. And the recipes are delicious.