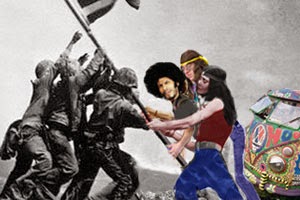 In 1985 Rabbi Edwin Friedman wrote his seminal work Generation to Generation. Subtitled Family Process in Church and Synagogue, it remains a relevant "bible" for every church leader seeking insight into the family patterns and dynamics of congregational life. My favorite bumper sticker ever highlights Friedman's impact: "Jesus saved my soul, Friedman saved my ass."

I've been thinking a lot about generations over the last couple of days participating in and presenting a couple of workshops at the e-Formation Conference at Virginia Theological Seminary.

Generation is the one designation in life that transcends race, culture, nationality, religion, ethnicity, and any other label you could possibly come up with. You can’t control when you’re born, of course, and so your birth year determines your generation. As much as I might admire those in what we call the Greatest Generation -- people who grew up during the Depression and fought in World War II -- I can’t become a convert from my own Generation X. And I could take computer classes and play XBox until my eyes fell out but I’d still never be a Millennial, as we call the first generation born into our hyper-connected world.

Generationally, we’re stuck. Which is generally not a problem because we all think our generation is 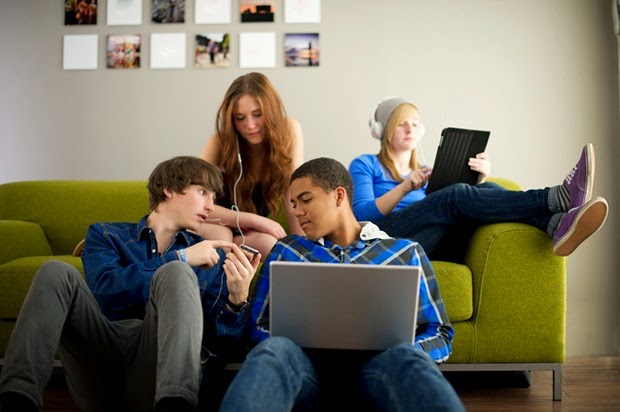 the best generation. It used to be that older generations would yell at us to "get off my lawn" or threaten to "turn this car around" and then we'd get older and repeat the pattern. Technology, however, seems to bring more of an edge to the differences between the generations and has heightened generational identity. As the technological changes between generations and even half generations become increasingly rapid, it literally heightens the natural gap between the ways generations communicate and interact.

As the way we do church is evolving nearly as quickly as technology, I've noticed some genuine antipathy between the generations. I've heard the word "Boomer" spit out like a terrible insult: "She is such a bitter Boomer." And it's given right back: all those Millennials are so "self-absorbed and entitled." Both groups are clearly "ruining the church" while Gen Xers are becoming the invisible bridge generation. I'm now irrelevant -- who knew?

When we refer to people exclusively by their generation there's a dehumanizing effect. In the same way an angry parishioner might refuse to refer to their priest by name -- as in "the rector" said such and such or "the rector" thinks we should do this. It also leads to generational stereotypes: every Boomer priest wants to wear tie-dye and bring back the folk mass while every Millennial priest wants to interact only online rather than face-to-face. 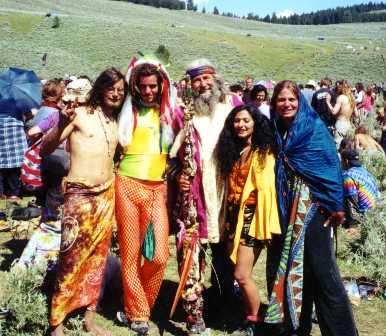 Yes, generations communicate differently -- both metaphorically and technologically. Yes, the Church is changing. But we still have much to learn from one another; truth resides among us collectively not exclusively. And while it's easier to hang out in person and online among our own tribes, we need to get out of our comfort zones and experience the wisdom of those whose experiences differ from our own. Otherwise we're left to wallow in our own narrow, self-selected echo chambers.

One of the things I love about the Church is that it’s one of the last places in society where different generations gather and interact on a regular basis. I love looking out on a Sunday morning and seeing every generation imaginable out in the congregation. It’s a sign of the fullness of God’s kingdom here on earth as we all gather to pray and sing and give thanks to our Creator before mixing it up over coffee and conversation afterward. In this sense, perhaps today's Church is more cutting edge and radical than it's ever been.

And maybe we need to update those well-known words of St. Paul:


"There is neither Boomer nor Millennial, neither Generation X nor Generation Y, for you are all one in Jesus Christ."

Thanks so much for this, Tim. I've sometimes been shocked at the kind of flippant cohort-as-insult comments you're talking about. And I know I've been guilty of it too. I think generational theory (like personality tests, etc.) can do almost as much harm as good if we're not careful with how we use it.

Excellent points, Tim. I too delight in the multiple generations. I came to church in y 40s and for the first time encountered and became with people in their 60s and 70s, while doing ministry with kids and teens. It's important to understand that people grew up in different contexts, but that does not determine every aspect of how they view the world (or their faith).

Thanks for this great commentary, Tim. As a much maligned "Boomer" I enjoy learning all that the generations "before and after" me can teach me. Each of our generations have screwed up on some way, but we each have lots to contributed to the whole. While each generation has its own characteristics (largely due to the culture / context going on at the time of our formative years) individually we are all unique.