"Mary Had a Little Lamb" -- rebooted 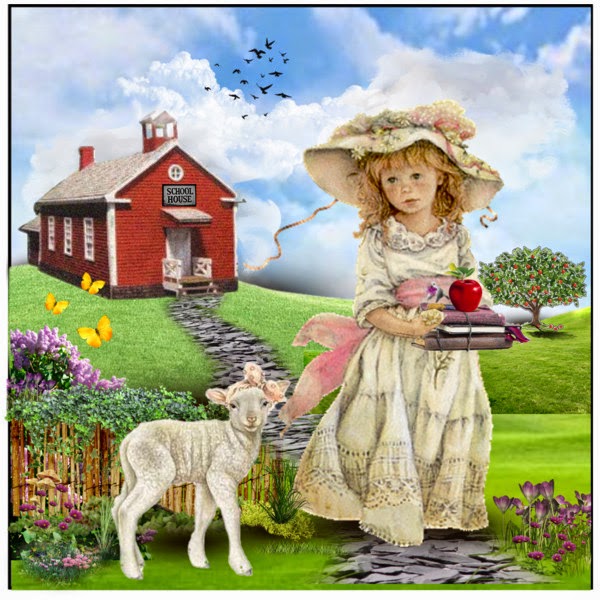 With sheep on the brain in light of this weekend's Good Shepherd Sunday, I can't get "Mary Had a Little Lamb" out of my head. Fortunately, I'm not noodling on the annoying children's ditty but the version by the late great Texas blues rocker, Stevie Ray Vaughn.

I'm a huge fan of Stevie and this is actually one of my favorite tunes of his. I love how he took something so innocuous and completely turned it on its docile head. I mean, who knew that such a simple nursery rhyme about a lamb being taken to school could actually ROCK?

But I also think this is a fabulous metaphor for the image of the Good Shepherd itself. We've sentimentalized it to such a degree through bad art and plates by the Franklin Mint, that we've lost the radical nature of this statement.


So just as Stevie Ray Vaughn reimagines "Mary Had a Little Lamb," I'd encourage you to reimagine the whole notion of Jesus as the Good Shepherd. Reflect on this image not as something divorced from its context but set within it -- read the previous chapter of John to see that it was born out of a conflict with the Pharisees. Jesus doesn't just stand up one day and decide to talk about sheep.

The fleece of our souls may be as white as snow but sometimes they get dirty. Sometimes the fleece literally gets dragged through the mud. It’s not light and fluffy as much as it is wet, smelly, and filthy.

Yet, that’s precisely when Jesus seeks us out, reaches out to us, and holds us in his arms. It’s easy to be a good shepherd when the sheep are fluffy and docile and the sun is shining. It’s a different vocation entirely when the storms arise and the wolf encircles the flock. That’s when the Good Shepherd makes his identity known. And that’s when Jesus lovingly calls you back by name.

So, Mary may have had a little lamb. Fine. But we have the Good Shepherd. And that rocks.

Email ThisBlogThis!Share to TwitterShare to FacebookShare to Pinterest
Labels: Easter