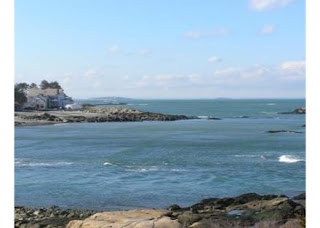 In the September edition of my In Good Faith Column, I write about the sometimes rough transition from the lazy days of summer to the rigid routine of the school year. Also, I capsized my kayak -- which is not a metaphor.


The comedian Steven Wright once said, “You know when you're sitting on a chair and you lean back so you're just on two legs and you lean too far so you almost fall over but at the last second you catch yourself? I feel like that all the time…”

This time of year can feel a bit like that. It’s hard to get our bearings as we suddenly shift from lallygagging to boot camp. Literally overnight. Or at least when you have school-aged children and the calendar flips from Labor Day to the first day of school.

Now I realize some kids have been back in school for weeks. I know this because my Facebook timeline has been jammed with back-to-school photos for at least that long. Pictures of smiling young children with their shiny new backpacks. Some even holding signs proclaiming their name, date, and new grade level — thanks over-achieving parents for making the rest of us look bad! As my own boys slunk away to start 9th and 11th grades, I was lucky to sneak a surreptitious photo of their backs.

There are few such dramatic transitions in life than the one from summer to school year. Whether or not we have kids in school, we all vividly remember that movement from lazy days to calendar routine; from hearing the dinner bell summoning us back from an evening of playing with friends to the school bell calling us to the next class.

Yet much of life is lived in the midst of transitions that take periods of adjustment. When a loved-one dies, it takes time to enter into the new reality without this special person. Or when you start a new job, as excited as you may be, you can’t know everything after the first week.

I went kayaking in Cohasset Harbor with a friend in the waning days of August. It was a beautiful, if breezy, day and our plan was to go under the bridge over Jerusalem Road and get out into the ocean. He’d been out there before and I was promised scenic views of the coastline and the grand houses along the water. Things were going swimmingly until we noticed some white water under the bridge. It looked a little rough but then again we were both ready to attack the current and head out to the open water. Full steam ahead!

Well, things didn’t quite go as planned. In an instant we were both simultaneously dumped into the drink. Visions of Davy Jones’ Locker danced in my head as I scrambled to grab hold of the boat and look for my friend. Once we realized we were both fine (the only thing lost at sea were his sunglasses) and it was just a matter of letting the current take us to a nearby island, we were able to relax and devise a story so our wives wouldn’t laugh at us too much.

The point is, our situations can change in a moment. Sometimes we see it coming — the Tuesday after Labor Day has been looming on the calendar for weeks — and sometimes it takes us off guard, as when a boating trip turns into an impromptu swim.


You do learn some lessons along the way — like not trying to get out to sea near high tide. But anticipated and unexpected transitions are part of life. Give yourself a break and be intentional about easing into them. And know that God is with you at every step, or stroke, of the way.