In Good Faith: One Blood, One Hope

In my latest In Good Faith column, I write about the great life-source that unites us all. Also, I quote my curate.


One Blood, One Hope

"O God, you have made of one blood all the peoples of the earth..." So begins a prayer I say 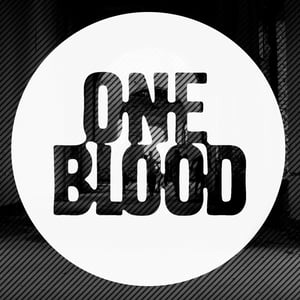 several mornings a week as part of the Episcopal Church’s Morning Prayer service. In light of the blood that’s been spilled in America in recent days, I’ve been reflecting on this image of "one blood” with particular intentionality.

The thing about blood — that human life force — is that it’s color blind. There is no black or blue or white blood. There’s just the "one blood" of our common humanity. This isn’t to deny our differences, or whitewash them, but we so easily look at what divides rather than what unites. And that’s a sad commentary on human nature; a reminder that when faced with fear, our base human emotions often emerge. Which leads to finger pointing, blame, scapegoating, and racism — not the qualities embraced by any religion or anyone with a heart of compassion.

On Sunday at St. John’s, our assistant minister, Fr. Noah Van Niel, poignantly highlighted the contrast between the celebratory shots that rang out of muskets during Fourth of July parades and the shots that took human life in the days following. Two young black men, Alston Sterling and Philando Castile, were killed by police in Baton Rouge, Louisiana, and St. Paul, Minnesota. While in Dallas, police officers Brent Thompson, Patrick Zamarripa, Michael Krol, Michael Smith, and Lorne Ahrens were gunned down by a sniper with an assault rifle.

I don’t list their names because you don’t already know them, but because it’s important for us all to speak them. To say their names aloud in the same sentence as a reminder that they share the same blood; the same blood that we, too, by the grace of God, have coursing through our veins.

After watching footage of the shootings, Fr. Noah related in his sermon, “I couldn’t help but notice that Mr. Sterling was wearing a red shirt in the video where he was killed. Mr. Castile a white one. And the police officers were in their blues. All of them soaked with blood. Rarely has red, white, and blue caused such pride and such sorrow in such a short number of days.”

This reminded me of the Church’s Palm Sunday liturgy. On that day, which initiates the holiest week of the Christian year, the service begins with the waving of palms and the festal shout, “Hosanna in the highest! Blessed is he who comes in the name of the Lord.” We mimic the actions of those who welcomed Jesus into Jerusalem and hailed him as the Messiah by throwing palm branches at his feet.

There is great celebration and yet a dark cloud looms. Less than a week after this triumphal entry, Jesus is strung up on a cross to die a criminal’s death. In our liturgy, we grip our palms as the account of Jesus’ trial and death is proclaimed in the Passion Gospel. In an instant we move from “Hosanna!” to “Crucify!” This jarring juxtaposition is precisely what took place in the days following the Fourth of July. And I find it telling that as Jesus prepared to have his own blood shed, he called for forgiveness. He didn’t call upon us to forget but to forgive.

Perhaps we’re not yet ready to forgive. Perhaps anger and outrage must first emerge. But mostly, I’m tired of seeing our flags at half staff. I’m not sure about the numbers, but it seems that over the past year they’ve been lowered more than they’ve been raised. And every time I drive past a flag pole, it serves as a tangible reminder that we have a long way to go in realizing our national potential; that the American dream has yet to be realized.

The full prayer reads as follows: “O God, you have made of one blood all the peoples of the earth, and sent your blessed Son to preach peace to those who are far off and to those who are near: Grant that people everywhere may seek after you and find you, bring the nations into your fold, pour out your Spirit upon all flesh, and hasten the coming of your kingdom; through Jesus Christ our Lord, who lives and reigns with you and the Holy Spirit, one God, now and for ever. Amen.”

May God have mercy on us and may the “one blood” we all share be life-giving rather than life-taking.