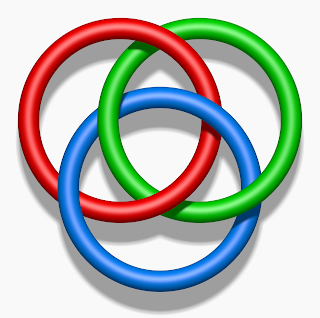 Admit it. You're slightly obsessed with the Olympics. That's not a bad thing, of course. Competition and the human spirit...blah, blah, blah.

But what if these events were a bit more relatable to church life? What if we had events in which clergy and lay people could compete and receive that "crown of glory that never fades away?"

Fortunately, I've given this some thought. Here's an excerpt from my 2015 book Father Tim's Church Survival Guide. If you have other ideas for events, let me know. Then, collectively, we can "go for the gold!" Or at least the Golden Chalice...

It happens every two years -- people become obsessed with sports they never give a second thought to in the intervening four years. I don’t know too many people who are huge luge fanatics outside the friendly competitive confines of the Olympic Games or who could name all the members of the Brazilian relay team in non-Olympic years.

Anyway, it’s made me think that we should institute an every-four-years Liturgical Olympics. Each diocese could field teams in church-specific events. Instead of the ugly jackets worn by many of the delegations, the “athletes” could wear hideous vestments during the Opening Ceremonies at the Washington National Cathedral. But I’m getting ahead of myself. We first need to come up with comparable events.

Here are some suggestions based on the winter Olympics.

Freestyle Skiing — Thurible Twirling
Everybody loves the daring, gravity-defying thrills of freestyle skiing. Why not transfer this to the skills of our best thurifers? The possibility of setting things on fire adds to the danger of this exciting event. Thurifers show off their skills with 360s, around the worlds, figure eights, and even the newest move called the spinning nautilus. Extra points gained for smoking out any Protestant spectators.

Speed Skating — Speed Mass
After the starting gun/sanctus bell, Celebrants compete to say the Eucharistic prayer and distribute communion as quickly as possible. Everyone begins with the altar set for communion, 100 communicants in (mostly) good standing, and one deacon. The giant running digital clock behind the altar allows spectators to track each competitor’s time. While this event is Rite II, the Liturgical Olympic Committee (LOC) is considering a switch to Rite I to watch Celebrants trip over the words “innumerable benefits procured unto us by the same.”

Pairs Figure Skating — Acolyte Choreography
Acolytes must serve at a high mass without extraneous movements or fainting while using perfect form and correct manual acts. Additional points are awarded for singing the hymns and not falling asleep during the sermon. Points are subtracted for unruly hair, wearing sneakers, and getting wax on the cassock.

Ski Jumping — Changing the Worship Space
Participants are challenged to make a substantial change to the worship space and then suffer the wrath of parishioners. The losers either give in and change it back or go home and curl up in the fetal position. “Substantial change” may refer to the removal  of flags from the sanctuary, repositioning the altar, or removing anything — no matter how ugly — donated by a current parishioner (i.e. the modern baptismal font, 1970s-style altar hangings, etc).

Cross Country Skiing — Endurance Preaching
The ultimate liturgical endurance test, preachers are set up in a pulpit and asked to preach extemporaneously on a surprise text for as long as possible. There are two ways to get disqualified. 1) Uttering the words “um,” “er,” “ah,” or  any other vocal placeholder or extra long pause (judges’ discretion) 2) When the first spectator falls asleep. This is the least popular event to attend especially because smart phones and knitting are not allowed.

Hockey — Coffee Hour
Participating clergy are thrown into a loud, crowded room with people drinking bad coffee out of styrofoam cups. They have 20 minutes to remember everyone’s name, have heart-felt pastoral conversations with long-time parishioners, identify and talk to all newcomers, answer passive aggressive questions about the hymn selection, and suck down two cups of coffee.

And a few more based on the summer Olympics.

Beach Volleyball -- Pine Needle Pickup
Like trying to get all the sand off your body, out of your hair, and away from your clothes after a trip to the beach, this event is about ridding the church of pine needles after Christmas. Contestants are given a broom, vacuum cleaner, and a pair of tweezers. The first one to get up all the needles before the next Olympiad wins.

Diving -- Sacred Cow Tipping
Bravery and derring-do are the traits that earn gold in this event. Each participant is given a sacred cow to skewer such as switching to the contemporary language version of the Lord’s Prayer or changing the Sunday service times and told to dive right in. The one to live to tell about it is declared the winner.

Synchronized Swimming -- Three Sacred Ministers
Similar to the Acolyte Choreography event in the Winter Liturgical Olympics, this tests the mettle of teams consisting of a Celebrant, Deacon, and Sub-Deacon. Points are deducted for each misstep or out-of-synch bowing at the name of Jesus. Unfortunately for the judges, this is difficult to score since they cannot see into the massive cloud of incense. 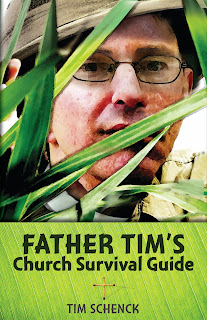 consisting of an officiant and four “parishioners.” The officiant says a phrase such as “The Lord be with you” and his/her teammates must correctly respond with “And also with you” in the shortest amount of elapsed time. If they speak too soon they are disqualified and the Lord isn’t, in fact, with them.

Fencing -- Sermon Dialogue
In this event, preachers must spend five minutes immediately following the sermon to engage the congregation in dialogue. No longer able to hide behind the built-in authority of a gigantic pulpit, they must answer pointed questions about their theology from the chair of the religion department at the local university. The winners successfully navigate this exercise without either weeping or proclaiming “because I said so, that’s why.”

Boxing -- Worship Committee Meeting
Contestants are placed into one large Worship Committee and asked to come to consensus on whether or not to use incense when the bishop visits even though it’s not a major feast day on the liturgical calendar. There are no medals awarded in this event.

when I first saw the one about changing the worship space I felt faint. I thought for a second you were making us change where we sit in church EVERY SUNDAY.

For a second, I thought it said Thurible Twerking......��