In Good Faith: The Royal Power of Love

In a special Royal Wedding edition of my In Good Faith column, I write about Bishop Michael's Curry's stirring words as he preached to a world in desperate need of a message of love. He made America, the Episcopal Church, and the world proud. Though I'll still never became either a royal watcher or a watcher of The View.


The Royal Power of Love

I’m not much of a royal watcher. I find a figurehead monarchy whose yoke we overthrew 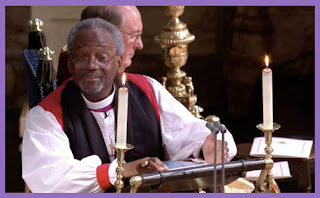 200 years ago less than compelling. Sure, at the insistence of my wife, I watched a few episodes of The Crown on Netflix, but I generally prefer my kings and queens relegated to the chess board.

Attending an early morning Royal Wedding watch party was never going to happen. Partly because I just can’t pull off the fascinator look, but also because I figured I’d see all the photos the next time I’m on line at the grocery store staring at the tabloids as the person in front of me inevitably pays with a check.

I did perk up when I heard Harry and Meghan invited Bishop Michael Curry to preach. As an Episcopalian, Bishop Curry is the head of my denomination; he is the Presiding Bishop of the Episcopal Church. I’ve heard him preach several times and I thought to myself, “Do these royals have any idea what they just signed up for? They better hang onto their fancy hats!”

And sure enough, Bishop Curry — one of the foremost preachers in America — nearly blew the walls off St. George’s Chapel at Windsor Castle. What captivated everyone was Bishop Curry’s ability to speak simultaneously and forcefully to both the royal couple and the entire world. His mere presence, as a passionate black man in a mostly staid white context, was as powerful as his words. His message about the power of love stood in stark relief to a global context crying out for justice, mercy, and hope.

In his inimitable style, Bishop Curry quoted Martin Luther King, Jr. on the “redemptive power of love;” spoke of the “revolutionary movement” Jesus began that was “grounded in the unconditional love of God for the world;” and proclaimed the power of love’s ability to change the world. His words resonated because we all need this message more than ever in a world that feels increasingly divided, divisive, and violent. And they were so moving because, in a sermon that transcended national lines and denominational barriers, Bishop Curry was speaking to humanity as a whole, in addition to the royal family.

For Americans, the Royal Wedding took place the day after yet another school shooting, this time at Santa Fe High School in Texas. People were tuning in for an escape from the daily images of violence that dance across their screens — I think that’s the true allure of the machinations of the royal family — and they were given the gift of hope. For that’s what Bishop Curry was so powerfully preaching about; hope in the midst of adversity and the power of love to overcome the trials and travails of this world. 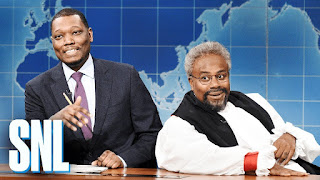 The aftermath of Bishop Curry’s sermon has been a joy to behold. I never thought I’d live to see the Presiding Bishop of the Episcopal Church joking with Whoopi Goldberg on The View or helping Al Roker with his weather report on The Today Show or getting parodied on Saturday Night Live.

Yet Michael Curry understands better than anyone that while celebrity is fleeting, the power of love endures. The question is, will we embrace this love, share it with one another, and allow ourselves and our world to be transformed? Or will we simply chase after the next shiny object and be swept up in the succeeding news cycle? If you were among the two billion people who watched the Royal Wedding, you have a choice to make.