On the Epiphany (and the "real" reasons the Magi were late)

On the Feast of the Epiphany, marked throughout the world on January 6, we celebrate the 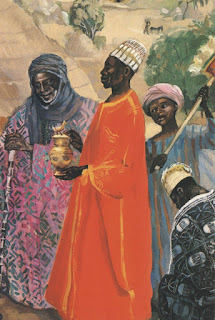 arrival of the Magi (aka The Three Kings) to the manger, bearing their not-so-practical baby gifts of gold, frankincense, and myrrh**. You can read the story from Matthew's gospel here.

There are some wonderful traditions surrounding Epiphany, including the King Cake with good fortune going to the lucky person who finds the bean or plastic figurine in their slice. This practice has the added potential drama of a choking hazard. And Three Kings Day (or Día de Los Reyes) celebrations and parades break out all over the world, most especially in Spain, Latin America, and Hispanic and Latino communities.

While these are all wonderful traditions, the Three Kings weren't actually kings at all. "Wise Men" is a better translation. The word magi is a Latin version of the Greek magoi, referring to a sect of eastern holy men. (It’s where we get the word “magic”). The original Magi were a hereditary priesthood of the Medes (present day Kurds). Given recent world events, it's significant that the Magi were most likely from what is now Iran.

These three men, known apocryphally as Caspar, Melchior, and Balthazar (no, their names aren’t in the Bible) were really star gazers, early astronomers perhaps. Actually we assume there were three because of the gifts mentioned in Scripture -- gold, frankincense, and myrrh -- but the Bible doesn't specify this either.

It wasn't until the third century that they started being referred to as "kings" and their apocryphal names didn't emerge until the sixth century. 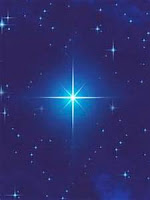 forth"). Wise Men, kings, whatever. The key thing is that they were Gentiles -- non-Jews -- and thus they stand as symbols that embedded in the Incarnation was an offer of salvation freely offered to all people. And so the journey of the Magi itself is symbolic of God’s wide and all-encompassing embrace.

Despite the fact that they wind up in most every Christmas pageant you’ve ever seen, they didn’t arrive until 12 days after the birth of Jesus (or up to two years later if you listen to some scholars).

But the question remains…what took them so long? I personally spent hours poring over primary sources at the Vatican Library and uncovered the “real” reasons the Magi were late. And so, I offer you a subset of Epiphany devotions known as Epiphany humor. I'm pretty sure this will really take off this year.

The "Real" Reasons the Magi were Late

1. During what started out as a friendly roadside game of checkers, Caspar kept yelling “King me!” at inappropriate moments. This quickly got old.

2. The holiday traffic on the way into Bethlehem was dreadful.

3. At a certain point, singing “We three kings of Orient are” over and over again sapped everyone’s will to live.

4. The Star of Bethlehem (the original GPS) kept saying “recalculating” and they found themselves in a sketchy part of town.

5. Melchior drank way too much water at the first oasis which meant an extra long stop at Star Market.

7. No one wanted to be “that guy” who showed up with myrrh. There was debate over who touched their nose last in the Not It game.

8. Stopping at the Holiday Inn slowed them down because, in a precursor to the “War on Christmas,” Balthazar kept insisting the name should be changed to “Christmas Inn.”

10. They took a vote and decided to take their sweet time getting to the manger so they would have a day all to themselves on the Church calendar.

** Oh, and about those baby gifts? Of course they are symbolic rather than practical (I'm sure Mary would have preferred a diaper genie, wipes, and a bunch of burp cloths).

Gold was a gift fit for a king. The Magi recognized Christ as king and this gift acknowledges his royal birth. Frankincense was burned in religious services as a symbol of prayer. The Psalmist wrote, “Let my prayer be set forth in your sight as incense; the lifting up of my hands as the evening sacrifice.” And so Christ’s priestly realm is acknowledged. And then there’s myrrh. Myrrh was an aromatic embalming oil which foreshadows Christ’s death and points to his role as savior of the world. So in these gifts we see Christ as king, priest, and savior.
Posted by Tim Schenck at 10:15 AM

Email ThisBlogThis!Share to TwitterShare to FacebookShare to Pinterest
Labels: Epiphany